As part of the Building Your Future campaign, we ask what buildings were futuristic in their time, or marked a change in how the industry built. Here, Mike Hitchens hails the many innovations of Centre Point

While the early 20th century saw skyscrapers rise from the hard bedrock beneath New York, subterranean clay and centuries of buried infrastructure kept London modest in height. That was until architect Richard Seifert teamed up with engineer Dr Wilem Frischmann on Centre Point. 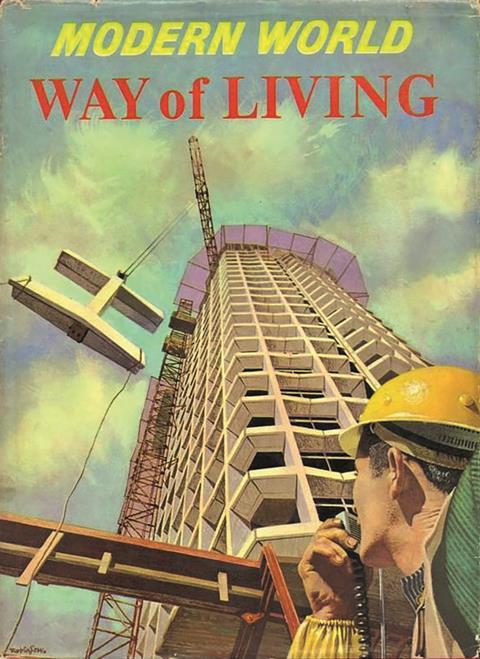 Few buildings anywhere are more innovative than Centre Point. It involved the first use of planar structural glass and pioneered the deepest foundations of their kind, which pioneered new bases to provide stability in clay. Even now it continues to innovate, undergoing the highest facade retention in the world – demolishing some of the top floors from the inside without disturbing the now historic exterior.

The biggest innovation, however, was “just in time” modern methods of manufacturing. Londoners were gripped as the new tower rose at the heady pace of over a storey per week. That was possible because behind the scenes the giant load-bearing, white concrete, facade precast panels were produced in very specific order. That allowed each to be loaded onto a flatbed truck bound for the West End, arriving on site in the right order for immediate lifting into position. 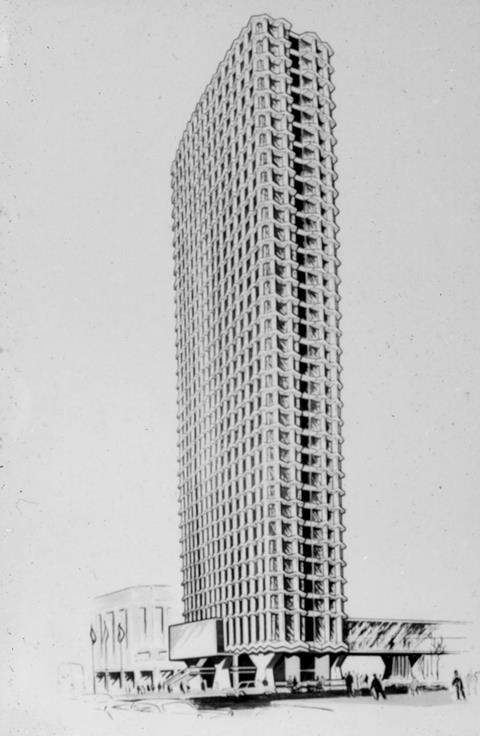 An original drawing by Richard Seifert and George Marsh, Siefert and Partners

This mattered because Centre Point tapers slightly, to appear perfectly straight – a method pioneered by the ancient Greeks, but one that meant every storey was unique. Spare panels for each storey were made at the factory. Each piece thus had a doppelganger so that if one were damaged, it could be replaced quickly without disruption or delay. Such levels of precision and approach are still rare in construction, but have now become the standard practice in global manufacturing – and those who manufacture jet engines or motorcars today would have recognised the process behind building Centre Point.