We asked readers what buildings were futuristic in their time, or marked a change in how the industry built. Here, Magdalena Gradzka admires Libeskind’s symbolism

Museums usually focus on collections and presented exhibitions, rather than the space they are stored in. Libeskind created something amazing rather than a simple box to house a collection. This building is strongly driven by its concept and therefore it is not a perfect museum building but a symbolic building that carries an incredibly powerful message. 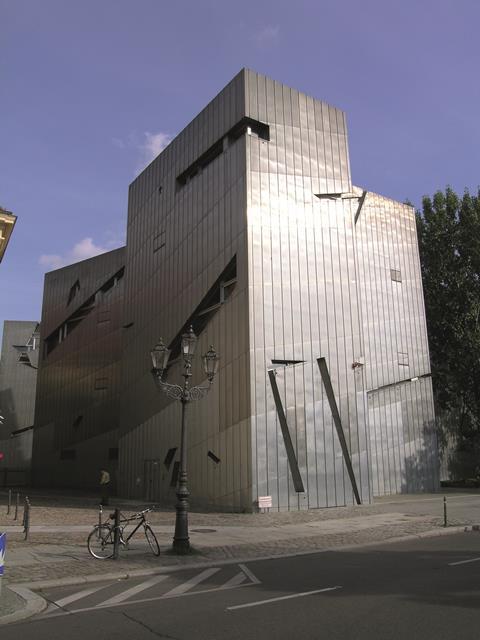 His remarkable design has been achieved by the exceptional use of light, angles, sound and space, which enhance the drama of the museum. Libeskind helps the visitor to understand both the context of Jewish history during the Holocaust time and also the complex history of Berlin and its inhabitants.

His vision of the museum represents a philosophical and cultural reality that reaches beyond the walls of the structure. Every part of the building has been designed with symbolic meaning. He lost most of his family during the Holocaust, and his pain feels present throughout the building. Other inspirations for the building were the stories of Holocaust survivors. There are no conventional windows but slots in walls to enable the visitor to make an accidental glance, just like people transported by train to the concentration camp. The 13ft-wide empty space called the Void gives the visitor frightening feelings while inside.

He uses light, or lack of it, to enhance the drama of the museum. The Holocaust Tower is so dark inside that you can’t see your feet; it possesses something sacred and dramatic; it’s almost a memorial itself.

One of the most dramatic features in the design is the entrance, or lack of visible opening; it is instead done underground. Libeskind has explained that there is no door, because there is no way into Jewish history in Berlin by a traditional door.