We asked readers what buildings were futuristic in their time, or marked a change in how the industry built. Here, Joseph Daniels, founder of luxury modular homes developer Project Etopia, praises the first modular homes built in the UK

Crises drive innovation – and this is true of housebuilding in the UK. When we think about the first buildings made and assembled off-site, images of low-quality postwar homes come to mind. Yet the concept of modular housing dates back to the start of the 20th century, where attractive apartments were built in response to a national housing shortage.

At the end of the 19th century, swaths of the population were living in slums – and this was true of Liverpool.

He experimented with pre-cast concrete panels, and the country’s first modular homes were built in Eldon Street in 1905 (pictured below). 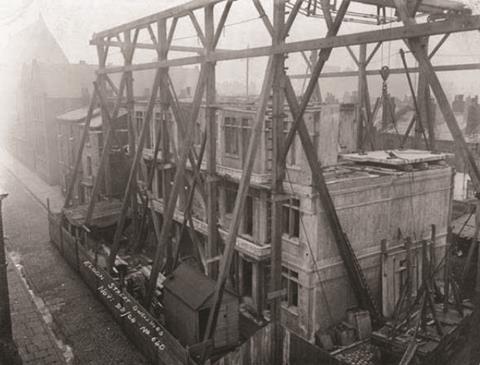 The novel approach meant the slabs could be quickly erected in-situ – providing housing quickly and cheaply. The cost may have been low, but they were still built with design in mind.

What emerged were attractive three-storey buildings, with balconies, large windows and patterns cut into the concrete – a world away from the dark and dank dwellings of the slums.

Yet the concept was not appreciated in Brodie’s lifetime. Trade unions objected, fearing workers would be out of a job, and modular homes largely fell by the wayside until the post-war housing crisis led to around 157,000 being developed between 1945 and 1948.

Unlike Liverpool’s modular homes, these were not built to last and they fell well short of the government working party’s expectations.

Yet Brodie never eschewed design in favour of speed and cost. We should look to the past – and Brodie’s vision for modular housing – for inspiration today. Luxury does not have to be expensive. Nor does it need to take years to build.

We have yet another housing crisis on our hands – and the future should be modular.

What pioneering building do you admire? Email your ideas to building@building.co.uk