Architects have played down the effect that a vote for Britain to leave the EU this summer would have on the profession, but its impact on procurement could make a big difference. Here, three heads of architect firms tell Ike Ijeh what they think a vote to leave would mean for the future of the sector 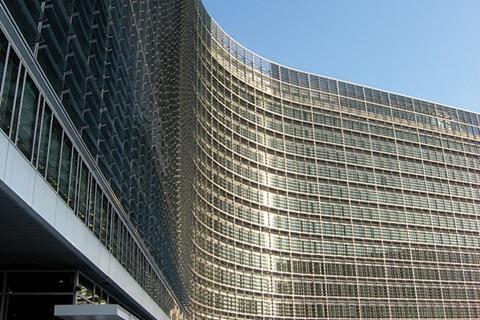 For most, it is difficult to foresee any specific circumstances where a potential British vote to leave the EU this summer would have a massive impact on the UK architecture profession.

Certainly over the last 40 years EU legislation has permeated into select areas of the profession such as educational qualifications and employment law.

But these are incursions felt across multiple British industries and they are now so culturally ingrained that the likelihood is that were one layer of European bureaucracy removed, it would in all probability be replaced by a British equivalent, that may or may not impose largley the same contraints.

Moreover, fundamentally British architectural design remains a lucrative export, one whose demand is unlikely to decrease were Europe to find itself in the same trade market as everywhere else.

However, there is perhaps one area where Brexit might make a big difference: procurement. And in the EU, this means OJEU. The Official Journal of the European Union is the famously labyrinthine procurement mechanism that, in the minds of scores of infuriated architects, is the byword for frustration, expense, bureaucracy and unfairness.

OJEU is the publication of contract notices for all public procurement works across the EU above around €100,000. The intention is to create a free and competitive Europe-wide market giving all potential bidders equal rights to tender.

But in practice OJEU has been consistently criticised as a disingenuous and overly bureaucratic box-ticking exercise that is costly, arduous, time consuming, discriminatory against small practices and those without management consultancy expertise, and offering low chances of success.

Brexit would free British architects from the OJEU process – at least in the UK; it would still be required to bid for jobs on the Continent. But what impact would it have on British procurement? Would it free it from a tortuously bureaucratic straight-jacket and forge a new, liberalised UK public procurement system that was more open, fair and efficient?

Or would a British OJEU merely take its place?

Because architects bid for a considerable amount of overseas work and also work mainly for small practices, they would be particularly exposed to any fallout Brexit’s abandonment of OJEU might bring.

Three of them give their views below. 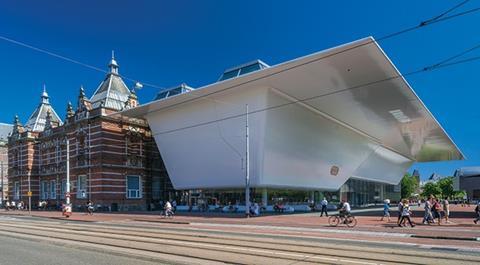 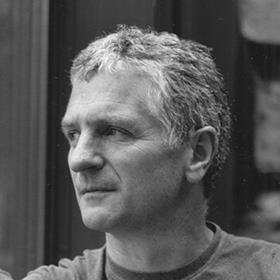 The OJEU system is there to give businesses all over Europe a more equal chance of winning work; in that sense it’s far more relevant and attractive than, say, the “old boy network” at the golf club or, perish the thought, corrupt relationships. Initially the OJEU system gave numerous architects the opportunity to design public buildings in UK and Europe that would not otherwise have been open to them.

There is a great deal of whingeing about the OJEU process, mostly on the basis that it is bureaucratic and relies on a box-ticking mentality that favours the usual larger suspects on issues such as previous experience of the same project types. (I must be honest and say this has favoured Bennetts Associates on occasion.) However, this is a uniquely British disease and isn’t applied to the same extent elsewhere in Europe.

In the UK, it is the lawyers and project managers who have indeed hijacked the process and have interpreted the OJEU regulations in a way that has become particularly unfavourable to smaller, design-led firms. The absence of design advice and judgment at the pre-qualification stages is to blame, not the OJEU system itself.  For example, there is no reason in law why design skills and not size of resources should not be at the top of the OJEU selection criteria; it is entirely up to the client to determine what criteria they wish to use provided they do so in a transparent way at the outset.

It is this aspect that has greatly suffered through undue influence of those who see risks that barely exist. Specifically, choosing a small or young architectural practice for a modest-sized job is, in my view, a lower risk than choosing a larger, more corporate firm that doesn’t have the focus or drive required, but the box-tickers don’t see it that way.

An exit from Europe wouldn’t solve that problem; the British method would continue and might even get worse.

Apart from that, a bit of design competition in the UK from European architects (and vice versa) keeps us on our toes. Imagine if Herzog & de Meuron hadn’t been able to apply for the Tate Modern job, or if David Chipperfield hadn’t been able to do the Berlin Museums. The continent would be a poorer place.

OJEU procedures would still apply if we wished to trade into Europe, but we would have no say in their future or reform.

EU thresholds would still apply as they are determined at the WTO General Procurement Agreement (GPA) level, but we would have less ability to ensure the changes in their value proposed by the EU and supported by the UK are successfully negotiated. 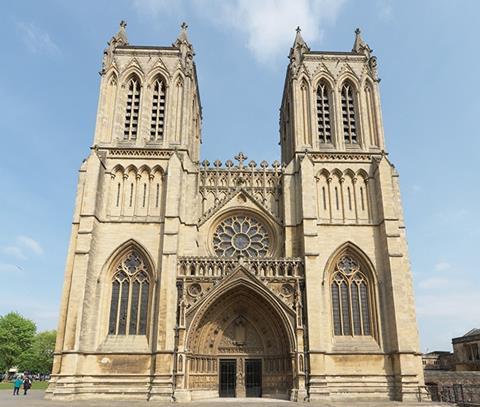 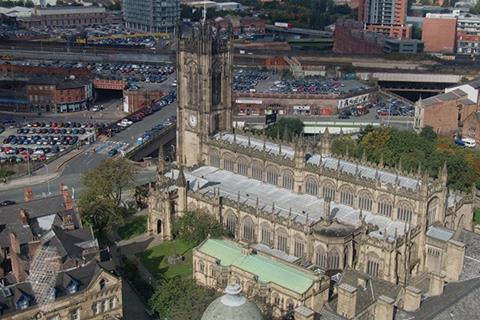 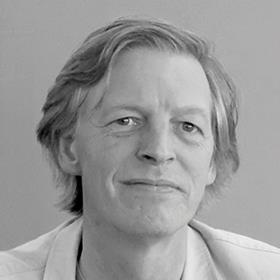 The UK is a signatory of the WTO GPA, which establishes thresholds internationally. The EU directives then define proscribed ways that the EU trading block agrees that these rules are applied in the best interests of Europe as a whole. After a process of extensive trans-continental consultation and debate, the directives are developed into the national laws and regulatory systems of the individual member states. In this transposition, member states then have some limited options on which elements of the directives they may adopt (subsidiarity).

The UK moved to early transposition of the new EU Public Contracts Directive 2014/24/EU with the adoption of the Public Contracts Regulations 2015. This now provides the UK legal framework for access to global and EU trade, and the legal mechanisms to implement our own procurement regime. The regulatory regime is underpinned by the principles that procurement should be fair, non-discriminatory and transparent, and designed to deliver society best value from an open market. For public authorities the summary principles extend both above and below EU threshold values. It is only above that the process is proscribed at EU level and formally requires that contracts for the services of an architect or a contractor are advertised via OJEU.

By value, the UK publically procures more than any other EU nation (approx 24%) but is one of the slowest, most expensive, complex and heavily aggregated markets. For this we largely have ourselves to blame; for gold-plating procedures, an over emphasis on risk, and complexity. This has precluded many in the UK market from access to work. For those engaged it has reduced profitability, upped complexity and contributed towards diminution in quality, standards and effectiveness.

The question as to what might happen in the event of a Brexit needs to be seen in this light.

It was the UK which introduced into the EU Public Contracts Directive some of its worst absurdities - such as the hugely wasteful competitive dialogue procedure. Yet again the UK has been responsible for embedding new complexity; in the monetarised evaluation of whole-life value, and introduction of the new innovation partnership procedure; to the dismay of other EU nations who don’t see the any beneficial purpose – except that it has capacity to further consolidate our UK oligopoly.

UK procedures are heavily dominated by two-stage restricted procedures, aggregated contracts and large unitary and generic trans-regional frameworks. This is a systemic isolationist problem driven, it appears, largely by short-term financial imperatives. For UK architects, however, the EU provides many exemplars of better, simpler and effective competitive procedures.

Notably the EU block is fully committed to negotiation through the WTO to appreciably raising OJEU thresholds (Directive 2014/24/EU Art 92), improving SME access, and disaggregation. The thresholds would not rise because of a Brexit, and the EU’s negotiating position, that might enable this transformative change, would become fragmented and weakened. EU policy to support improved competitiveness, SME access and reduce red tape is an area that David Cameron has announced as being one of the key outcomes of his successful EU negotiations. In this area of reform in the EU he was already speaking to the converted. So acceleration of this policy direction might be a positive of staying in. However, at the negotiation stages of the new EU directive the conservatives lead the UK in opposition to disaggregation of contracts, and sought to emasculate the proposed reforms. This is of enormous relevance for micro and SME businesses and we have the EU’s foresight to thank for the principles being retained.

If we wished to continue to trade openly with the EU, as we do today, our relationship enshrined in UK regulations and law like the Public Contract Regulations would be upheld, but we would lose democratic influence upon any future reform of the EU block. And like Norway, notices would continue to be posted on OJEU, at least in the immediate future. So there is nothing to indicate that a Brexit will change that at all.

UK local practice and standing orders have, since the mid 1990s, diverged from our competitors to become more complex and bureaucratic. Without the constraints that have been beneficially applied by the EU to date I can only foresee that with Brexit, these trends would become further consolidated to the detriment of the UK public, industry and the profession.

Unbeknown to most, OJEU is also a public data gathering service that allows the opportunity to interrogate the competitive procedures of all EU nations, providing a window on our relative performance. If this was to be lost, the blinds would come down.

As an architect our singular inability to engage productively in the institutions of the EU reminds me of Peter Sellers performance as Chauncey Gardiner in the film Being There. If we build high walls around our garden, we can’t then talk to our neighbours to jointly resolve our minor interfaces amicably with them. Don’t expect flowers to bloom in the shadows the walls then cast. 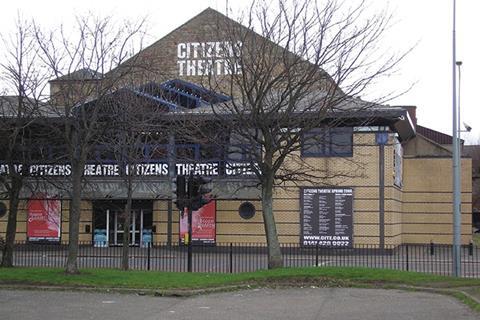 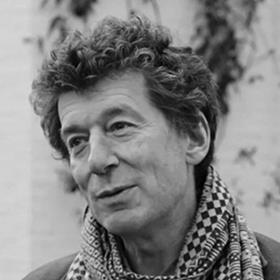 If I thought Brexit would actually make any difference, it might turn me into a Brexiteer. But actually, the way Britain has embraced these absurdities of procurement (more, one is told, than other EU countries), and spent huge amounts of money on hopelessly clunky web portals that require you to write perhaps 10 or 12 1,500 or 2,000-word essays on rubbish such as “How will you ensure that your relationships with subcontractors are handled so as to ensure best value for the council?” means that I don’t believe Brexit would change anything. The Brits have embraced this nonsense because they like it, and so it won’t go away. Timewasting, shifting blame and box-ticking is preferred to anything that involves them having to make a judgment call on real quality of outcome.