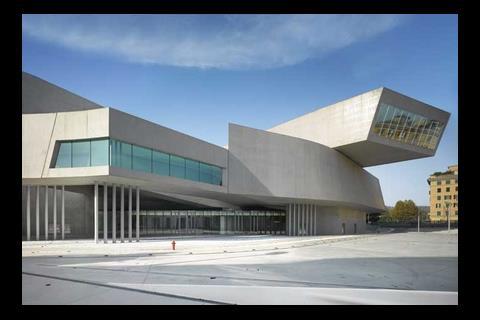 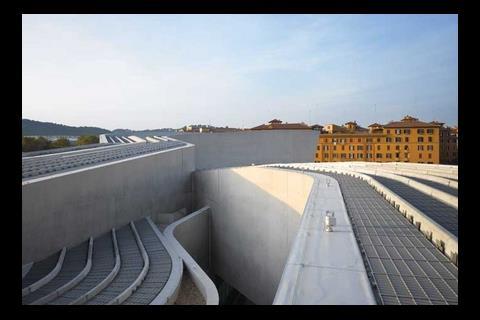 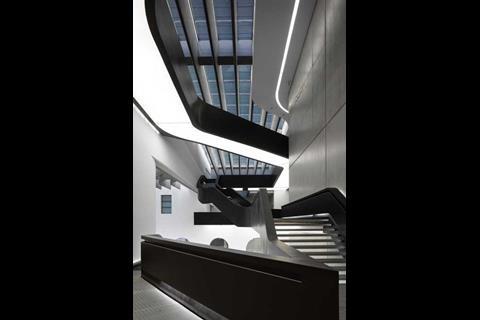 It’s been a long time coming, but Zaha Hadid’s Maxxi in Rome has been worth the wait. This museum of contemporary art is a modern icon in a city famous for icons of a more ancient variety. It has taken five years to create because the government has released the cash for it in dribs and drabs.

As you would expect from a Zaha Hadid design, Maxxi is a freeform, flowing structure. But the building doesn’t stick two fingers up to its traditional neighbours; instead, a modest three storeys high, it defers to its low-rise setting.

It is, needless to say, concrete and different from the rest of the city but its strongly linear forms look relatively muted. Get close up and those lines become much more dramatic. A cantilevered, glass-fronted box over the entrance is perpendicular to the storey below and is the clue to the way this building has been laid out.

Each storey is formed of a series of long concrete tunnels that weave in and out of each other like spaghetti. The idea is that this makes the building supremely flexible. Rather than laying it out as a series of discrete spaces, with all the limitations that this imposes, Hadid’s linear arrangement can be divided up as curators please, to create a variety of experiences. The tunnels intersect, which means visitors can wander through the building on a kind of voyage of discovery.

The weaving nature of the tunnels is emphasised by deep ribs at ceiling level. The tunnels are actually glass-topped troughs that allow natural light into the building, and the ribs function as solar shading devices to prevent direct sunlight damaging exhibits.

Originally the ribs were going to be concrete to match the rest of the building, but it was easier to make them out of steel and use glass-reinforced cement cladding panels.

All the services are sandwiched between the glass ceilings and an outer skin of glass; the ribs serve as a handy place for service runs.

Hadid is always particular about quality, which meant that getting all that concrete looking perfect was challenging. Air bubbles have been taken care of with self-compacting concrete made with a fine limestone aggregate and expoxy resin additives, which ensured a smooth, crack-free surface. Movement joints have been minimised by placing lots of concrete in one go, in pours lasting up to 18 hours.

The building is complete but won’t open to the public until next spring. When it opens, die-hard fans of modern architecture will at last have a compelling reason to visit Rome.