Royal Ontario Museum: A legend in his lunchtime 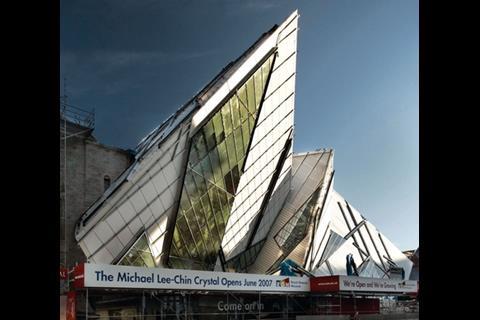 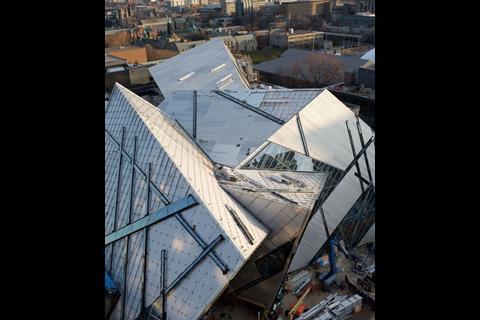 The extension is made up of five colliding prisms that grow out of the historic masonry museum, while slit windows make incisions in the brushed aluminium skin 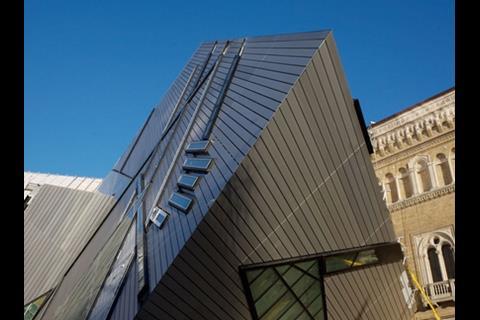 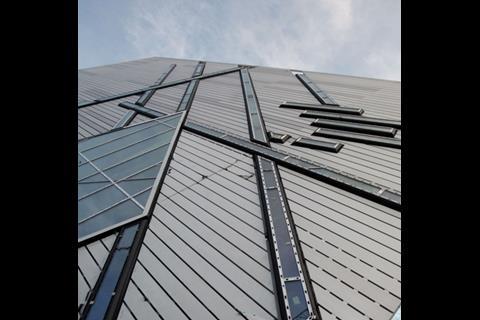 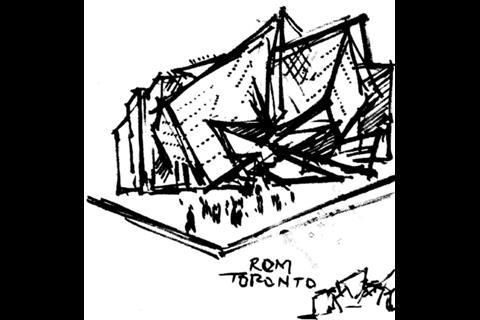 Libeskind really did do the design on a napkin …

No need to play ‘guess the architect’ on this new wing for the Royal Ontario Museum in Toronto. But you’ll never guess how he did it …

A pile of jagged crystalline forms in aluminium with narrow glazing strips slashed across them has just appeared in Toronto. You’ve guessed it – it’s a Daniel Libeskind.

His £78m building, which opens tomorrow, forms a spectacular new wing for the Royal Ontario Museum. Dubbed the Crystal, the 18,600m2 extension houses eight galleries on four floors, two restaurants, a shop and the main entrance to the museum.

The Crystal comprises five huge prisms, all set at teetering angles to each other, that project out of the museum’s 1914 neo-romanesque stone building and rise to a height of 10 storeys above pavement level.

Despite the complexity of the form, Libeskind did not labour late into the night to devise it. It seems he drew his inspiration from the museum’s gem and mineral collection, which he saw while attending a wedding at the museum. He then did the key concept work during lunch, with the help of a pen and a napkin.

Inside the Crystal, spacious interlocking voids soar out of a central atrium and offer, says Libeskind, “tantalising glimpses of the exhibitions above”. The atrium, known as the Spirit House, is traversed by criss-crossing bridges, while sloping ceilings and slashing windows add to the drama.

The ground floor is a seamless space, bounded on one side by the stone walls of the original museum. “The resulting clarity of circulation and access creates a transparency in which the inherited architecture and the new construction form an equilibrium of imaginative unity,” says the architect.

The Crystal wing is part of a five-year, £122m renaissance programme for the museum, all designed by Libeskind. It will include the renovation of 20 galleries and is due for completion in 2009.