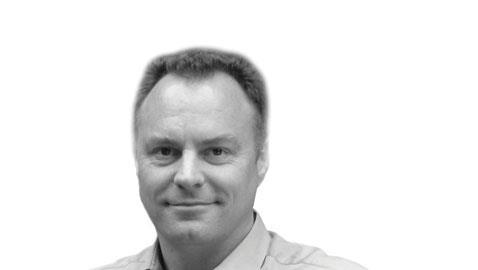 The credit crunch put a halt to some of Cartwright Pickard’s plans, but now it’s bouncing back

James Pickard was marked as one to watch in our 40 under 40 feature in 2000. Read how his career panned out over the last ten years.

On Friday we will reveal the stories of nearly all our original 40 under 40s, and we’ll be introducing a fresh batch of high achievers for 2010.

Ten years ago you said you hoped to grow the practice from 15 to 30-60 people. Have you achieved this goal?

We grew the practice to over 40 people prior to the credit crunch. We are now around 35 but recruiting again.

Where do you see yourself in another 10 years?

Working on more educational projects in the UK and expanding our international work. We are aiming to grow the practice to around 60 people.

What is the biggest change in construction you have seen in the past decade?

The dominance of large construction companies in the public procurement process. The importance of design in public sector procurement has been eroded far too much. The built results of Building Schools for the Future so far are not as good as they could have been.

What has been your career highlight since 1999? Any low points?

In 2007 we completed the Bourbon Lane Housing project with Octavia, which was won through an international competition, and in the same year we moved into our own mixed-use development near St Pancras, which we funded and developed ourselves.

Low points - in 2008 we had four large projects stopped prior to the credit crunch which used up all our financial reserves and took the wind out of our sales a little. But we bounced back with a vengeance and are now recruiting again.

Ten years ago your hero was the architect Peter Foggo. Is this still the case?

Peter Foggo is still the architect that has had the most influence on my career.