Not all discrimination is deliberate – sometimes we all fall back on our unconscious biases, assumptions and stereotypes. When trying to create a more diverse and equal workforce, the trick is to recognise that and mitigate it. Jamie Harris reports 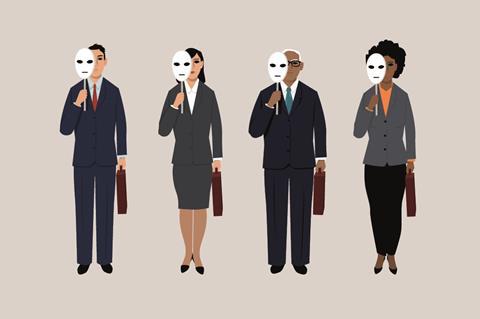 Diversity and equality at work is a relatively simple concept – it means that there are no barriers preventing certain groups of people from taking advantage of professional opportunities and that nobody is treated differently because of their personal characteristics.

The Equality Act 2010 has made this a legal requirement, protecting people for their gender, age, race, religion, disability and sexual orientation, among other features.

In reality, however, these still appear to be a factor in recruitment, promotion and performance related decisions. The gender pay gap that was revealed by the legal requirement introduced in April for larger organisations to publish the difference in average pay between their male and female employees highlighted the fact that more needs to be done in the construction industry to ensure nobody is passed up for a position or a promotion because of their gender.

The benefits to companies in tackling this are documented too: research from consultant McKinsey in 2015 found that companies in the top quartile for gender diversity were 15% more likely to have financial returns that were stronger than their industry average.

Blind recruitment is the practice of removing identifiable information – name, gender, age, education, universities, and the length of their experience – from job applications and CVs. Once applicants have been selected for interview, further steps to eradicate bias include the use of psychometric tests, ensuring a balanced mix of people on the interview panel, and introducing structured interviews to ensure the same questions are asked to each candidate.

Unconscious bias (or implicit bias) is unintended stereotyping about an individual based on factors such as personal traits, values or background. It can influence recruitment and promotion decisions.

Discrimination is not always deliberate – these decisions are often made subconsciously. The term “unconscious bias” describes the tendency for people to make assumptions about others based on cultural context as well as on their personal experiences and background.

For recruiters, who sift through hundreds of CVs and applications to fill roles, this may mean unconsciously making decisions based on the applicants’ names or backgrounds.

Research shows that this type of decision-making does happen. As part of a University of Toronto and Ryerson University study carried out in Canada last year, researchers sent out 13,000 computer-generated CVs in response to more than 3,000 job adverts.

The findings showed that people with Chinese, Indian or Pakistani-sounding names were 28% less likely to be invited for an interview than those with English-sounding names.

Findings showed that people with Chinese, Indian or Pakistani-sounding names were 28% less likely to be invited for an interview than those with English-sounding names

Assumptions work the other way around, too. Textio, a service that uses artificial intelligence to analyse the wording of recruitment material, says that certain words and phrases in job adverts may put particular candidates off.

For example, a job that calls for someone to “manage” a team is more likely to attract applications from male candidates, as are words such as “competitive” and “leader”, while “developing” a team, “support”, and “interpersonal skills” appeal more to women.

1. Ensure that everyone is encouraged to apply for the role, regardless of their personal situation, through the use of neutral job advert language

2. Consider the experience that you are asking for – could anything, such as a year’s unpaid internship work, exclude anyone?

3. Remove name and gender from CVs to ensure recruitment is blind

4. Ensure a mixed interview panel for those who are called to interview

Other than using more neutral language in job adverts, organisations can use blind recruitment – a practice of removing certain personal information such as names and gender from CVs. Many big employers, such as the BBC and Deloitte, have adopted this as a way of ensuring candidates are called for interview based only on their experience and skillset.

Employers do not just need to be wary of unconscious bias relating to gender or ethnicity; peole can also be put at a disadvantage by other factors such as their socioeconomic background.

To tackle this, some organisations remove the names of universities from applications, to ensure people are not being selected or rejected based on the perceived prestige of their academic institution.

But there are limits to how far blind recruitment can even out the playing field. Sonia Watson is chief executive of the Stephen Lawrence Charitable Trust, which was set up in memory of the murdered teenager who dreamed of becoming an architect and which advises businesses on how to tackle unconscious bias.

She points to the other factors that can unfairly affect a candidate’s chances – for example, the cost of pursuing particular career paths. “Take architecture,” she says. “The length of the degree is always going to be an issue. Trying to sustain yourself for seven years is a long time, considering the socioeconomic factors at play, particularly in London.”

Some students, she adds, just cannot afford to work on several portfolios of their work to supplement their education. “Voluntary work, a year out in work experience – all of these are additional barriers in the recruitment process. You need someone to welcome you in and pay you to do your year out.”

Watson explained that the trust’s work was born out of a lack of diversity in architecture. She explains: “We were trying to understand why there was less opportunity to be a practising architect from a BME background than there was 25 years ago.”

The trust’s work is demand-led – partly in response to the built environment asking questions about how to increase diversity in its organisations. This, Watson says, is particularly relevant if you are working on a public sector project, where there might be targets set for diversity. And the trust’s focus goes beyond recruiters, to also helping candidates boost their CVs.

“We want to help people get ready to apply for roles and supplement their skills acquired through higher education with some of the more nuanced softer skills that they might not have built up, such as debating, presenting, group work and the like.

“Once the applicant has been taken through these steps, they have a degree, a good portfolio, presenting skills, and they’re well placed in a blind recruitment process.” 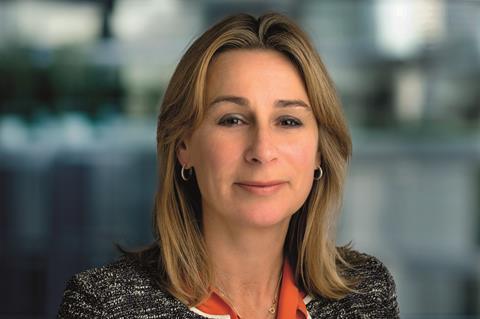 Lisa White, head of people and culture in Europe and group head of organisation performance at Lendlease, explains what Lendlease is doing to tackle the issue:

Everyone at Lendlease completes an unconscious bias self-awareness training module. We consider this to be the first step in helping people become aware of their own biases. We all have them of course, and this is about helping people acknowledge them.

But to make a difference you must go beyond self-awareness training and put in place processes and frameworks that strip bias out of the recruitment process.

We use a specialised tool to analyse job adverts to ensure the language and images used are inclusive. Another positive step is to focus on creating diverse shortlists and ensure all interviews panels are gender balanced and have diverse viewpoints.

At the interview stage, assessors are trained to record everything a candidate says – rather than what they think they heard – and evaluate this with their co-interviewer afterwards. This helps to arrive at a conclusion that strips out bias.

Leadership behaviour assessments have also been rolled out to anyone in the business who manages others. This means all Lendlease’s leaders are assessed and trained to understand inclusive measures that allow everyone in their team, regardless of background, to perform to best of their abilities.

Ensuring we are selecting managers on the basis of their leadership capability as well as their technical expertise is critical to our success. Over 18 months ago, we implemented a more robust selection process for all people-manager appointments, and trained up a pool of our existing managers to act as assessors within our centres.

Ensuring each candidate is assessed in an objective, standardised way against clear benchmark criteria is important to us, and our assessors take their role in reducing bias very seriously.

At the interview stage, assessors are trained to record everything a candidate says – rather than what they think they heard

There is a long way to go before construction is as diverse as other industries, but we are making progress.

Lendlease Construction performs well above industry standards: one in five of our workforce is female, for example, compared with one in 10 industry-wide, despite the proportion of women studying construction-related degrees being significantly below this target. In fact, 2018’s intake was 62% female – the first time we have brought more women in at graduate level than men.

At graduate level our BME and sexual orientation representation is ahead of national averages for graduate employers. Lendlease now has a 50:50 graduate intake gender target, which we have met for the past three years.

It is no longer enough to say you care about diversity and inclusion in construction. We must all actively champion it and demonstrate progress. Change is possible. Understanding unconscious bias, and taking steps to avoid it, is a vital first step.