CSTT Training Day: So who knows what a QS is? 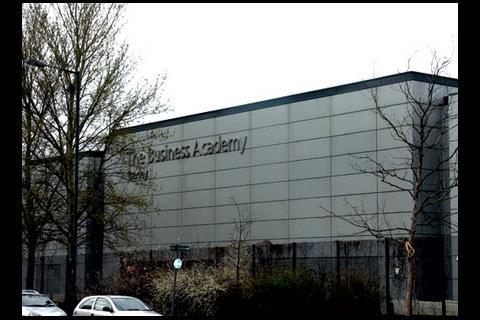 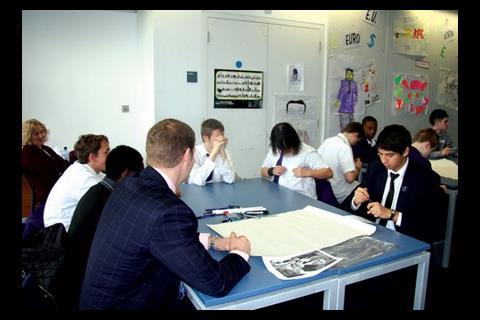 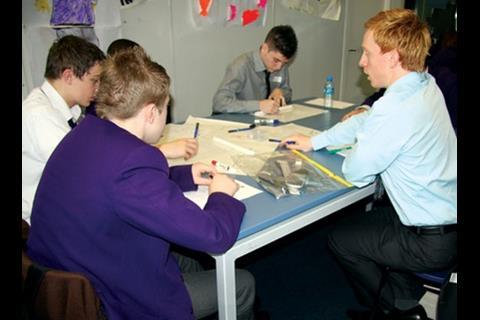 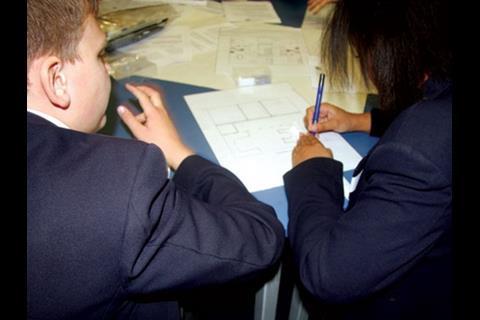 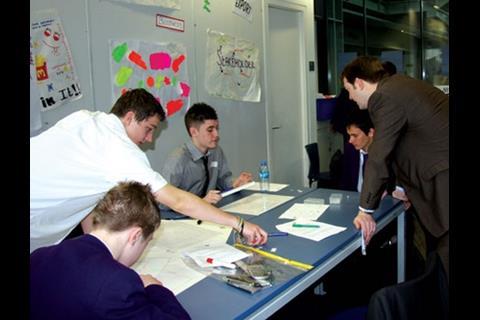 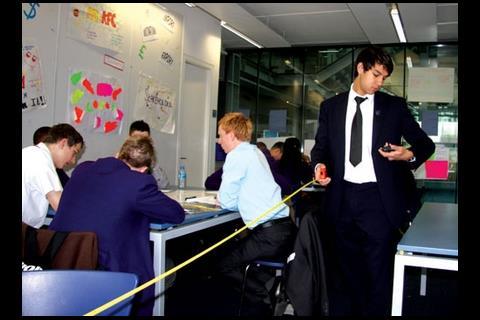 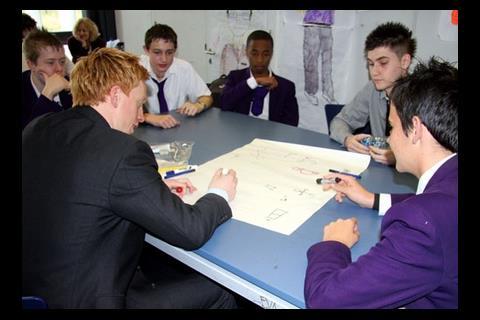 The Chartered Surveyors Training Trust has promoted surveying as a career for more than 20 years. But now, with government funding slashed from £10,033 to £4,850 per trainee, it is fighting for survival.

James Clegg sat in on one of its ‘taster days’ at a school in Kent to see why the trust is worth saving.

9.15am “Does anyone in the room play Pictionary?” asks Simon Magnus, youth marketing officer, of the Chartered Surveyors Training Trust, to the room full of school students.

He’s met with either blank faces or eyes lowered to desks. The 17 students, ranging from year 10s to upper sixth, obviously aren’t quite ready to play. Most are from Bexley business academy, where the taster day is taking place, with a handful from nearby Bexley Heath school. Also present are three surveyors, Andrew Smith and Ed Spencer from EC Harris and Peter Fairbairn from DTZ, along with Shirley Coleman, a cover supervisor from Bexley Heath. Each has been charged with a group of the youngsters.

“Anyone? No?” says Simon, as he starts to hand out sheets of A3 paper and pens. “You won’t be this quiet by the end of the day…”

9.25am After 10 minutes of “team ice breaker” exercises, Simon moves the students on to the first task.

Each group has to plan what to do with an empty three-storey property in an up-and-coming area in north London. Taking into account high demand for family homes, they have to decide whether to keep it as a house or convert it into flats.

As the teams get to grips with tape measures and floorplans, and the surveyors introduce them to scale rulers, Simon tells me about the taster days. This is a new initiative – today is the third taster day the CSTT has held. “We’ve been coming into schools for years but we just ended up lecturing people. When do you get experience and chat to someone who’s part of the profession?”

9.55am Duncan Spalding, headmaster of the business academy, wanders in to see how his charges are doing. “It’s a great networking experience for the youngsters and a good recruitment exercise for the companies,” he says.

10.20am Each group presents their ideas. None has kept the property all in one piece. There are various combinations of flats meticulously planned, except for one group who ran out of time to put the finishing touches to a penthouse. “We think the client ran out of money on that,” says Peter Fairbairn.

10.30am Break time. Most of the students shuffle out for comfort breaks. The surveyors seem impressed with the questions they’re getting about the profession. “No one’s asked what I earn yet though,” says Peter.

10.45am Simon sets the day’s main task. Each team is now supposed to be a firm of surveyors tendering for a renovation project in south London. Over the course of the day they have to work out what to do with a three-storey property: keep it all as one home? Break it into flats? Tear the whole thing down and start from scratch? As well as trying to make the most attractive offer to the potential clients, they are asked to consider the environmental impact and the effects on the local community.

11.20am The groups look at design and costing. There’s a list of how much each feature (floor, windows, internal wall and so on) costs to build and how much existing bits will cost to demolish. There’s also a chart determining resale value based on the number of rooms each property has.

1pm Simon drills the teams for the final part of the exercise – presenting their design plans and calculations of cost and profit. Each team will be marked on their presentation.

Black pieces of card are handed out for the teams to start mounting their presentations. But some are still completing their design and costing calculations from before lunch.

Simon explains the thinking behind the task: “We chose a residential, rather than a commercial project because everyone has a frame of reference for it. We originally thought about designs for a big Olympic centre or an exercise developing a whole area. But with this they can look at it and think about their home, how maybe that was built the way it is because of some of the reasons we’re looking at here.”

1.20pm Only 40 minutes to go but all the presentation boards are still blank.

1.42pm Ed’s group, which seems to be somewhat ahead of the others, have named themselves Bexley Inc. The company’s claim to fame is that they have worked with big name architects “like Norman Foster” (a reference to the fact that the academy was a Foster design). They also seem to have got slightly distracted by making paper birds to attach to their presentation boards.

2.11pm “Right – meet your clients,” says Simon, gesturing towards Ed, Andrew, Peter and Shirley. “The four people who have previously been part of your team are now your completely unbiased clients.”

The four groups take it in turns to go through their presentations. Each one has come up with different designs for what could be done with the property, backed up by cost planning to show how much profit they could bring in for their clients. One team mentions they will ensure a successful tender by offering to undercut all the other groups …

2.30pm After each group has given their presentations, Simon tells the students about the CSTT bursaries while the four clients consult on how the teams have scored. The winners for the contract are “Ideas Workshop”, previously Shirley’s group, who promised “as much profit as possible without compromising our values of keeping responsibility to the community”.

As the students shuffle out, one of the members of the upper sixth stays behind to talk to Simon. He leaves with an application form for a CSTT bursary. So the CSTT has scored at least one potential convert to the construction industry. Let’s hope it is still around to support youngsters like him in a few years’ time.

What is the Chartered Surveyors Training Trust?

The Chartered Surveyors Training Trust has promoted surveying as a career for over 20 years, helping those who may not normally have this opportunity because of their academic or financial circumstances. Every year it places 35-40 people, aged 16-24, with construction companies. These employers, including Balfour Beatty, Gleeds and Skanska, pay the trust an annual fee of £5,000 per trainee. Apart from these contributions, the trust is dependent on government money – which in 2005 was slashed from £10,033 to £4,850 per trainee.

The trainees spend four days a week working for the company they are placed with and one day a week in college. The trust supports them while they study for an NVQ through to a degree in building surveying, quantity surveying or general practice surveying.

The employers pay each trainee a salary of £11,000-13,000 depending on whether they come directly from GCSEs or have done their A-S Levels. The CSTT operates in London and the South-east.

Shawn Anderson, year 12, Bexley Heath
“I’ve quite enjoyed today and I think I might like to go into surveying.”

Vincent Nguin, year 10, Bexley business academy
“We’ve learned how things are constructed and what you actually get out of it. The money bit’s all right but I don’t think it’s something I’d go into.”

Folusho Olutosin, year 10, Bexley business academy
“It’s different from anything I’ve done. I’ve done lots of business stuff at school but never anything like this. I think it’s something I’d go into.”

Andrew Smith of EC Harris
“It’s good to see people who are interested and having a go at something new. They’re picking up different skills and seem to be getting a basic understanding of what we do.”

Peter Fairbairn of DTZ
“It’s been great to see this organisation promoting surveying with events like this. The students have all been interested in the exercises these guys are getting them to do. They’re getting something out of it not just for today but for future projects.”

Ed Spencer of EC Harris
“You get the impression that the kids want to be here. More and more you can see them thinking about different things; they’re thinking about the market and how many different lets they can fit in.”

Shirley Coleman, cover supervisor, Bexley Heath school
“It’s a wonderful experience for the students. They’ve gained insight into surveying, but it’s also good for teambuilding because they worked with children from another school.”