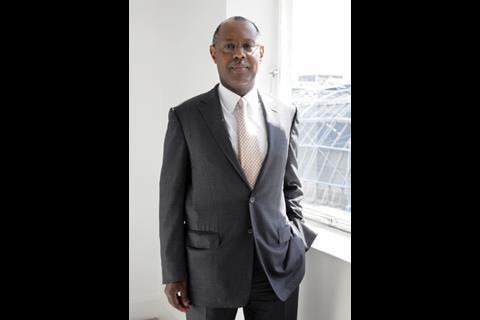 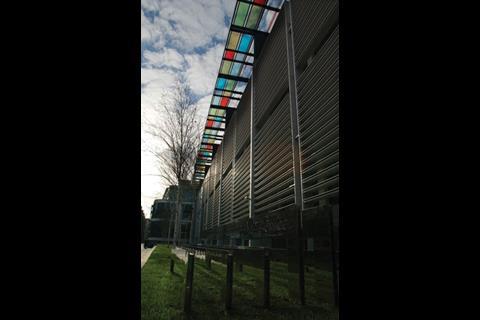 As the new boss of Bouygues UK, Madani Sow is in charge of feeding the company’s voracious appetite for acquisitions. But, as he tells Tom Bill, it demands an awful lot from those it buys

Shortly after taking over from Pascal Minault as the company’s chair on 1 June, Sow bought two more filing units. “They’re on order but I don’t know what I’ll be putting in them yet,” he says, alluding to the company’s ambitious growth plans.

If his Paris bosses have their way, he’ll need the space for more acquisitions. Bouygues UK bought Warings for £30m last December and, despite the credit crunch, its £23bn-turnover global parent is hungry for more.

Sow says: “I’ve been in the job for one month and they’ve already asked me if I have any company to suggest. I told them not yet.”

It may not stay that way for long. Minault, who stepped down after six years in the job, was known for his affable charm. Sow also has an easygoing manner, but those who know the 52 year old say he is also direct and decisive. One source says: “He’s extremely efficient and grasps the point very quickly.”

In Paris, Sow ran a £1.4bn operation responsible for private housing, private clients, offices and hotels. He won’t say as much, but it seems he has been brought over to pick up the pace in the UK. One source close to Bouygues suggests that he will be bringing a sharper focus to the company’s expansion drive. “Nobody could have assumed things would go as well as they did under Pascal but Madani is here to accelerate that process,” says the source.

In the 11 years since Bouygues arrived in the UK, it has grown into a £600m-turnover construction operation that has taken on some high-profile jobs, including Building Schools for the Future and the Home Office PFI. The short-term aim is to hit £1bn but Sow won’t be drawn on a timeline. “That depends on who we buy,” he says.

Given the bulging wallet of its parent group, the company has been linked to a series of names, including Costain and Midlands contractor Thomas Vale. Sow won’t discuss names but it is understood that a deal with £160m-turnover Thomas Vale was shelved after what one source calls “a series of stumbling blocks”. “It’s currently sitting in the difficult column,” the source says.

If Bouygues UK can’t find the right target, it will not be for want of trying. As Sow explains: “The screening process is very scientific. We even have a guy in our Singapore office who examines the accounts of UK companies. Don’t forget, we are a company led by engineers who can cut a hair into 100 parts.”

Sow’s arrival in the UK on 6 May coincided with Bouygues casting the net wider in its search for targets; the downturn has deterred the company from signing on the dotted line in the seven months since it bought Warings. In addition to new sectors such as fit-out and industrial, Sow puts particular emphasis on social housing. He says the company is “throwing serious resources” at the market.

Despite his previous responsibility in Paris for private housing, he smiles and shakes his head when asked if it is something Bouygues would be looking at in the UK.

He is flexible on the size and geographical area of any deal. “We gave ourselves a turnover limit of £250m and a boundary of between the South Coast and Birmingham but if a good opportunity comes, of course we will take it to Paris.”

He insists that a good cultural fit is the key to any deal, because any company he buys will have to adapt to the Bouygues way of working: “It’s like shopping for a shirt; you need one that fits,” he says.

“The main point in Bouygues is that there’s one leader for every project,” Sow continues. “They have a lot more power on site than in UK companies. They are like a chair, responsible for hiring and firing, health and safety and their bonus is linked to the project’s profit margin.”

A quick look at the books of Warings proves his talk of a cultural fit is not just rhetoric. It made a pre-tax loss of £161,000 in 2007 as a result of two problem jobs. Sow says such issues were secondary to the all-important meeting of minds. He says the deal was made easier because Warings was transparent and honest throughout. Not that there’s much room for sentimentality. “We need profit margins across the company to be 5%. Yes, it is high but it’s our target.” He says the Warings arm of the business will have to move out of the red and hit a margin of 3% by 2010.

This is the kind of pressure you need to cope with at Bouygues, he says. “To stay in a company like this, you need strong shoulders. We just need success; nobody really cares about effort,” he says.

And how has he found working in the UK so far? “Liberating” would perhaps be the word. He says the UK construction industry is not as restrictive as the French in terms of design and technical innovation. “You have more freedom with the angle of curtain walling,” he picks out as an example.

Other differences are more subtle and he has been given a crash course in reading between the lines at business meetings. “In France people like to scream and shout but here people have a precise code for when they mean ‘no’. They will begin a sentence with ‘but what I would like …’.”

Sow, who is from the city of Conakry in the Republic of Guinea, West Africa, certainly doesn’t display any British uptightness when talking about being the only black boss of a leading UK construction company. “In Paris I was the only black person at my level, which was actually a great help because people remembered who I was after they met me.”

One decision that has been taken since Sow arrived is to move the company from its Waterloo head office when its lease runs out in two years’ time. It was a democratic process, though; a company survey found most people live south of the river Thames so it is now looking for a site due south of its central London location. Sow himself though looks momentarily tempted by the mention of the more northerly St Pancras. And as this potential office spot is right by a station that is a two-hour train ride from Paris and the world’s longest champagne bar, you can’t really blame him.

Sow on life in the UK

Food “It’s much better than French people think. Of course the medium and basic restaurants are not as good as in France but from medium to high they are very good. One of my favourites so far is Skylon.”

Football “My favourite English teams are Arsenal and Liverpool but not because of the French connection. Steven Gerrard is a great player and when I hear ‘You’ll Never Walk Alone’ I get goosebumps.”

People “In Paris I had five or six nationalities working for me, here I have 18. I am in paradise in London because I love to see people from different backgrounds. What is strange, though, is that people don’t look at you in the street. It’s good because nobody cares if you wear yellow in winter but you could look at it negatively and say nobody cares what you are doing.”

The weather “You hear the bad stories but I have no complaints because since I arrived it has been good.”

Family He has kept his property in Paris and is renting a house in Fulham. His wife and the younger two of his three children will join him in the UK next month. He says he is different from most French people his age. “French people generally prefer to stay in their own country after they reach 35 and settle down.