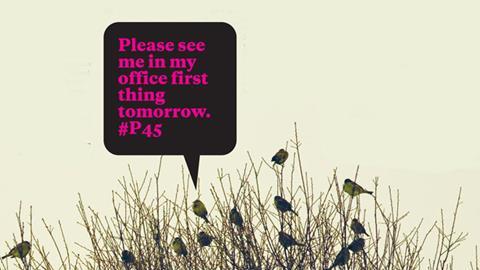 Gone are the days when social networking was seen as the procrastinator’s distraction of choice. As the construction industry is fast discovering, it is a useful business development tool. We consider the benefits – and dangers – of entering the Twittersphere

﻿You know an invention’s caught on when the words enter the common vocabulary. And, love it or hate it, more and more people use tweeting, Facebooking and blogging as part of their personal and business lives, there is little doubt that social networking is one phenomenon that’s here to stay.

Over the past six months, the number of people on Facebook has rocketed from 500 million to 900 million. Twitter, the instant update site, is growing at a rate of 1,382%, and has an estimated 190 million users generating 65 million 140-character “tweets” every day. Social networking now accounts for 22% of all time spent online.

And this isn’t just “personal” time. Businesses are increasingly using Twitter to promote events or drive traffic to their websites, and are trying to create a user-friendly image through Facebook groups.

So what does this all mean for construction businesses in the UK? And where does the line lie between public and personal? We ask how the modern construction firm can make the most of these information sharing and networking tools - yet avoid the dangers of having an instant, and very public, discussion forum at its fingertips 24/7.

In the last year, there has been a huge change in the way people use social networking, and in the people who use it. Gone are the days when it was the refuge of the tecchie teenager. After all, instant news, time-saving networking and a new marketing forum are what businesses have been after for years. Most major UK construction firms and a swath of senior professionals, not to mention government and shadow cabinet ministers, now have Twitter accounts, often giving followers the most up-to-date information available about their plans and opinions. Industry bodies including the RIBA, RICS, Construction Confederation, Construction Industry Council and Chartered Institute of Builders also use the site to make announcements.

Paul Spaven, partner at building consultant Tuffin Ferraby Taylor, says: “We are having a big push on social networking - all the partners are being trained on how to promote business through use of these sites. We are also linking marketing output through social networking media.”

Graham Watts, chief executive of the CIC and triple Twitter account holder, thinks that the two major pluses of social networking in business are quick access to people and instant news: “I really like the direct message facility because I get quicker responses,” he says. “People get over 100 emails a day and maybe five Twitter direct messages so they notice them more.” He adds that Twitter is also one of the first places he picks up his news, whether it’s through updates themselves or a link to a story on another website. And it’s a handy way to be in two places in once: “If there is a conference I can’t attend, I will follow people who are there to see what’s being said as it happens.”
Green building design engineer, Mel Starrs, has more than 1,800 followers on Twitter and believes that social media is the future of networking, and uses it for sharing and discussing ideas. “Social networking is fantastic as a tool for reaching a greater number of people than you would otherwise ever be able to within your own office, for free,” she says. “I feel better knowing that other people can back up or agree with what I have said and that together we can form a consensus.”

But who is in control?

For all the benefits of timely messages and interaction, the problems inherent in using a public, instant messageboard are clear. There are minimal filters, so users have a free rein to say what they like. Dangerous enough if you are speaking for yourself, but if you are representing or linked to a company, it can cause real problems.

Nick Chronias, a partner and employment lawyer at Beachcroft, says: “A business should be clear on its policies on what can and cannot be done online. An employee can be fired for what they say, dependent on the company’s own rules - if you use social media to make racist, sexist or slanderous comments against someone, it is legally the same as saying it to their face and ordinary principles of libel will apply. But we are still learning about the parameters of site use, so we do not stifle good use of these sites that can benefit business.”

Companies including Capita Symonds and TFT now have social media managers to help employees facilitate this new form of communication as well as keep an eye on what they are saying online.

Even if a post isn’t legally contentious, staff may inadvertently post something that might damage their company’s reputation. “There is a certain protocol that firms stick to,” says Peter Caplehorn, technical director at Scott Brownrigg, where social media seminars are now being held in house to teach employees how best to make use of the sites. “If this is at risk of being immediately devalued by having unofficial channels of communication available, then this could be a real problem.”

“You do need to be careful,” says CIC’s Watts. “You need to know your audience and remember your position.” He adds that bosses are, in fact, more likely to catch offenders: “[If it happened] on email or in the pub you would never find out - at least online you are more aware of what is being said and are in a better position to control it.”

Never …
1) Drink and click
2) Say how much you hate your boss/job – or how much you’re enjoying pulling a sickie
3) Make personal attacks. It’s harder to take back something that is online as a matter of very public record
4) Over-share. Reams of updates about your children’s diet, or your latest illness, are not fascinating to everyone. Or anyone

Mipim twitterati
Next week Building will be reporting, blogging and tweeting from Mipim, bringing you the news and gossip as it happens. To see our conference coverage visit www.building.co.uk/mipim. And you can follow Emily Wright (@emily39), David Matthews (@davidmbuilding) and Tom Broughton (@TBroughton) on Twitter.