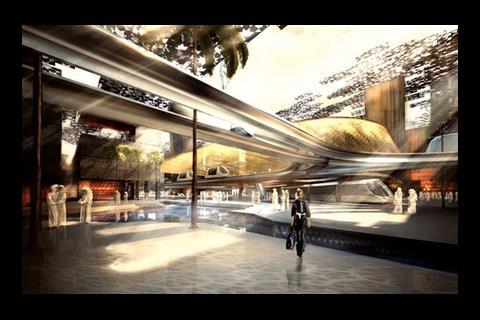 Cyril Sweett is aiming to increase its presence in the Middle Eastern market, where its projects include providing cost consultancy for Foster + Partners’ Masdar eco-city in Abu Dhabi 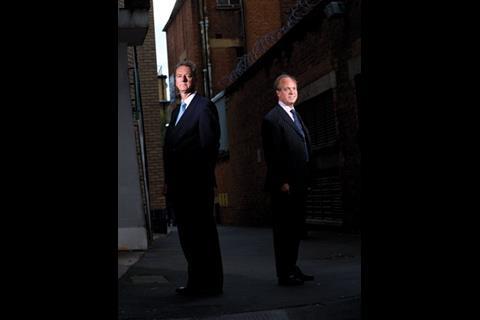 Dean Webster and Francis Ives were the men who took Cyril Sweett public. Now they have their first set of results, and they make happy reading. Portrait by Wilde Fry

It’s first thing on an overcast Wednesday morning and Cyril Sweett’s bosses are jaded. It’s all self-inflicted, though – Francis Ives, the company chairman, and Dean Webster, its chief executive, were partying hard at the company’s twenties-themed 80th birthday bash last night. Feather boas and gallons of champagne do not a bright and breezy morning make.

For two men who spend so much time together – about seven hours a day – Ives and Webster get on remarkably well. Their styles “complement” each other, they say. Webster, the tactician, is the hard-nosed, moneyman. He jumped ship from Taylor Woodrow 28 years ago after working on a project with someone from Cyril Sweett who impressed him with his know-how. “Their guy was running rings around us,” he says. “I wrote to them and said I’d like to understand how you operate, can I join you?”

Ives is more focused on the client side of the business. He has been with the firm since 1970 and has worked his way up gently yet methodically ever since. “Getting to the top didn’t cross my mind in the early days,” he says. “But after a while I just realised I’d put some roots down.”

Hangovers may be the cause of their exhaustion today but Ives and Webster have been burning the candle at both ends for some time now – from when they decided to list on the stock market last Easter. First there was the intense six-month preparation period, then the flotation itself, followed by four acquisitions and their associated integration processes. Last month they published their first post-flotation results. It’s no wonder they’re exhausted.

Battling against public opinion must have been tiring, too. This time last year many were unconvinced that Cyril Sweett’s listing would be a success. Some questioned the wisdom of QS firms going public and suggested that the City did not favour people-oriented businesses. More recently, the economic downturn cast doubt on the joys of the stock market and caused rival Turner & Townsend to “postpone” its own flotation in February, which reportedly cost it £1m.

Ives and Webster are smiling, however. The company’s balance sheet, published on 30 June, revealed a pre-tax profit rise of 28% to £5.9m, a turnover rise of 20%, to £62.7m, and a record order book – up 40% on 2007. There is no ignoring its dismal share price (57.5p at time of going to press compared with £1.10 at the time of the initial public offering), but the firm is cash happy, with £15-20m to fund further acquisitions. Impressive stuff – particularly in the current economic climate.

“We were lucky with timing,” says Ives.

“The credit crunch came through almost immediately after we floated. A week later I think we would have missed our chance.” The flipside of all this good fortune is that as there are only two listed QSs in the UK (the other is the much smaller Baqus) investors are not yet au fait with the sector. “The City doesn’t quite understand us,” explains Ives. “We’re not a contractor, engineer or developer so we’re tacked on to support services. To have a sub-sector for QSs in our group would be useful.” They are keen for others to float to give some weight to the QS profile in the City.

So, do they feel vindicated against those who pooh-poohed their decision to go public last October? “Totally,” says Ives. “Everything we asked of the float, we’ve achieved. We’ve raised money for acquisitions and boosted our profile. In simple terms, the float was to fund growth and we are delivering that.”

Since listing, Cyril Sweett has bought four firms including Australian project manager Burns Bridge and the remaining 50% of Jones Sweett International, its joint venture company in the UAE. The hope is that these outposts will provide greater access to lucrative foreign markets, particularly the Middle East and South-east Asia, and help achieve £100m turnover by 2010 – a target that Webster says is well within reach.

So, do they feel vindicated against those who pooh-poohed their decision to go public last October? ‘Totally,’ says Ives

These purchases are all part of the group’s policy to diversify – something that has been a route to security since the recession in the early nineties. “We weren’t as diverse then by a long way and it was painful,” says Ives. At that stage, the company was very much focused on the UK and the commercial sector, so was exposed to the downturn.

Webster insists that the dropping price tags of companies in the current market is a window of opportunity for Cyril Sweett.

The firm’s growth strategy rests on putting its eggs into dozens of baskets. Foreign markets are key but the group is investing in new sectors, too. It is working on a proposed nuclear power station in France and has secured a PPP waste project in Norfolk. Like much of the market, it is developing its public sector portfolio to counter the commercial downturn, with high value projects including two of the government’s Titan prisons. Further acquisitions will happen “in due course”.

“It may be that we want to increase the number of services we offer in one area, or maybe we will want to open a new office to fill a geographical need,” says Ives. “There are a whole range of reasons why we might want to talk to people. And we are talking to a number at any one time.”

He makes growth sound straightforward, but there are clear dangers in rapid expansion – Erinaceous’ series of quick-fire acquisitions destroyed it.

Furthermore, growth on this scale could dilute Cyril Sweett’s brand, which would be of particular concern to a business that prides itself on its close-knit culture.

“We recognise there is a danger in bringing firms in with different cultures, so we work very hard at making sure this works,” says Ives. “We always have a social get-together with senior partners from both sides to make sure it gels. If it doesn’t, we won’t go ahead.”

The other tactic against outside interference is to keep a high proportion of shareholders internal – about 58% of staff have a stake in the business. “That’s a huge selling point for us,” says Webster. “People have an emotional attachment to the company because they have ownership.”

This is clearly true of Ives and Webster themselves, who have given more than 60 years to the business between them. But they aren’t about to reminisce yet. “Forget what’s happened before and think about the future,” says Webster. “That’s what really excites me.”

This company may have just hit the big eight-oh but these two show no signs of slowing down.