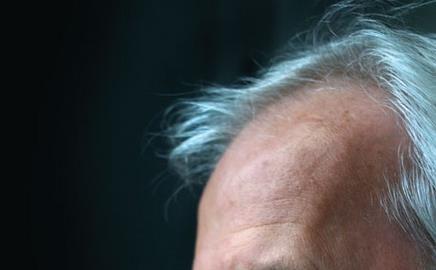 Philip Dilley, the new chairman of Arup, has to span the hole that the recession has left in the firm’s order book – while maintaining its singular approach and outlook

Arup’s lobby at its office in London’s West End is full of tetrahedrons. The black and yellow twisted metal hunks are on display as part of a new company drive to bring people off the streets of Fitzrovia and into the “public gallery”. Last month it was sticks of light that changed colour with the magnetism of passing bodies. “We just want people to have a chance to see what we can do,” says newly crowned chairman Philip Dilley.

Well, it was only a matter of time before Arup added “curator” to its mammoth list of disciplines, which includes architecture, project management, city planning, car engineer and, in 2001, bra design.

But it is an odd moment to be thinking of the public good. Dilley has taken over one of Britain’s best known consulting engineers during a particularly bleak period, and Arup has had its share of the suffering. In April, it axed 400 of its 10,000 staff after

jobs stalled and new commissions plummeted. And it has missed out on key contracts, such as the Crossrail delivery partner job. It also failed to win a place on the £800m Office of Government Commerce project management framework.

So, free exhibitions for Fitzrovia might not seem the obvious priority. But the initiative is symbolic of Dilley’s ambitions for Arup. Sitting in his central London office, he talks about how he plans to steer the company through the recession.

The 54 year old is fiercely loyal to the firm where he has spent 33 years – he joined as a graduate engineer in 1976 and worked his way up, with stints in Japan and the Gulf along the way – and his gentle manner conceals a determined spirit. He knows what he wants: an Arup that comes out of the recession with its £800m-a-year turnover and its personality intact. “We have to stay a bit special and a bit different. That is our trademark. It’s why we are Arup. It’s how we succeed,” he says.

Dilley’s challenge will be to manage this while the sector shifts its focus from buildings to infrastructure. Arup is still working on wacky architectural projects such as the Frank Gehry-designed Guggenheim Abu Dhabi museum, but Dilley admits that enquiries are continuing to fall, in spite of springwatchers’ claims that the recession is over. The key to success, he says, is securing a prominent position in the global transport and energy markets.

Dilley’s first move as chairman has been to restructure the firm around four sectors: transport, energy, property, and social infrastructure, which covers hospitals and schools. Within these areas, the idea is to target programmes least vulnerable to impending spending cuts. “Healthcare and schools programmes are busy at the moment but I wonder how much the tap is going to get turned down in a year’s time, and some of the infrastructure projects are in theory optional,” he says. “But there are things that have to happen in this country; we have to do something about energy or we’re going to have power cuts in 10 or 15 years.”

Arup is determined to scoop up much of the environmental, planning and safety work in the nuclear new-build programme and has already completed siting studies for RWE, one of the utilities expected to build nuclear plants in the UK. “The environmental issues, the access, the safety analyses – those are things we do all the time,” says Dilley. “I think we can increase public trust in the programme. I’d like to get to the position where people think, ‘This is okay because Arup has looked at it and said it’s okay’.”

The firm is also gaining ground in transport. Although its consortium, which also included Fluor and EC Harris, failed to secure a management role on Crossrail, Arup has since been appointed to design Tottenham Court Road station with Atkins and HawkinsBrown. (Unsurprisingly, Crossrail is one of the public programmes that Dilley predicts will survive the public sector cull.) Its pet proposal for a high-speed rail centre at Heathrow, the “Heathrow Hub”, has vocal support in both main parties and Arup is fashioning itself as something of a tunnelling specialist: it has handled one between Denmark and Germany, and is working on the extraordinary 38km bridge and tunnel link between Hong Kong, Zhuhai and Macau.

Spanning the divide between maverick designer and tunnelling engineer sounds like a structural feat in itself. But Dilley denies the two are incompatible. “I want everybody who works here to think they’re designing. If someone is doing project management, they can design a clever management system.”

He says Arup’s structure makes it easier to pursue this path. The absence of shareholders (the firm is owned by a trust on behalf of Arup staff) is one of Dilley’s favourite topics – he mentions it four times in our hour-long interview. It gives the firm “professional independence”, he says. “We’re at the opposite end of the spectrum from, say, WSP, which has grown through takeovers. It’s the difference between the plc and the trust-owned. Why buy a 1,000-person firm? What does it gain for us? Nothing – just a lot of management grief and the risk of cultural change.”

He adds that the firm has the freedom to explore new markets where rewards may not come immediately, such as India. Saudi Arabia and Kuwait are also on the agenda. Like most firms, Arup is struggling to collect money in Dubai, but Dilley is adamant that the rest of the Middle East should not be dismissed as a result.

Other projects include a deal with Bill Clinton’s charitable foundation to provide free climate change workshops to the world’s cities. And he is still positive about the Chinese eco-town market, in spite of the failure of Dongtan. Arup has studiously avoided commenting on Dongtan’s future, but Dilley now admits it is unlikely to go ahead. “Officially it’s still going to happen but I’m not very clear it is. But there are other spin-off projects from it. Sooner or later one of these will be built properly and it will show the world the future.”

The future is all very well, but there is also the pressing issue of the present. Shareholders or no shareholders, Arup is a business and Dilley is prepared to take tough decisions. He says he will make salary cuts if necessary – although there are no immediate plans for one. And he has made a strategic decision to continue recruiting graduates even when people are being cut elsewhere. “People might say, ‘How is it you’re taking on graduates when you’re losing other people?’ Well, it’s because we want to stay the right shape.”

Dilley admits the biggest challenge may still be to come – namely, bridging the gap when public spending falls and private investment has not yet picked up. But for the man who has handled projects from the Scottish parliament to the MI6 Building, this is a simple engineering point. “We’re good at bridges,” he says.

Last book read
Caribbean Design, because I’ve been building a house in Barbados.

Biggest carbon footprint guilt
Flying to Barbados to build the house! But I went to an architect’s wedding recently and bought him 75 saplings as my present – that’s my excuse for the moment.

Guilty pleasures
I pretend not to watch The Apprentice while my wife does.

Career highlight
In design terms, it’s got to be winning Kansai Airport – that’s the most spectacular thing I can put my name to.

Favourite restaurant
Probably the Orrery, which is not only brilliant for food but a beautifully designed space. We didn’t do it, sadly – I would have loved to.

Hours sleep a night
I’m not a Maggie Thatcher. I set my alarm for 7.15am. I’m lucky because I live nearby.