The gatekeeper: Bob Lane on regenerating the Thames Gateway 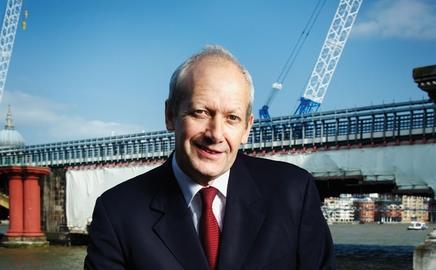 It is almost exactly a year since Bob Lane started as chair of the London Thames Gateway Development Corporation. But it is over 30 since he last lived in east London. For Lane, an affable Lancastrian who made his name running Michael Heseltine’s regeneration of Liverpool Docks in the eighties, working in Newham is oddly like coming home. “My first 10 years in London, from 1975, I lived in Newham,” he says. “My kids were born in here and went to school here. That’s why I wanted to do this.”

Whatever his motivations, it’s clear he could hardly have come to the job at a tougher time, a month after Lehman Brothers collapsed. Now the corporation, which is a statutory body set up to regenerate an area 20 times the size of the Olympic park, is at a crossroads.

Previously, it has not admitted the full impact of the credit crunch. However, Lane says its investment programme to 2011 – which was dependent on getting sales receipts from its land holdings – has been slashed from £237m to about £150m, because nobody wants to buy the land.

Development in its area has all but ground to a halt, with myriad outstanding planning permissions for thousands of homes, of which many may never be built. But it’s not only the economic climate that’s against it – it’s also the political one. A Tory government would be unlikely to look kindly on quangos interfering in local planning decisions, if their current rhetoric is anything to go by. And if all this isn’t enough, then the current government is also making an end-to-end review of the body to see if it needs to carry on. Unfortunately for Lane, the recession has meant that the body has less to show for its four years of effort than he would like.

The corporation is one of three set up by former deputy prime minister John Prescott to kickstart development in key areas. With planning control powers taken from the local authorities, and hundreds of millions in government cash, they are powerful bodies modelled (loosely) on those set up by in Docklands and Merseyside in the eighties.

However, the funding and freedoms of the new generation are not on the same scale, and they are expected to work in partnership with their local authorities, rather than being encouraged to ride roughshod over them.

Lane’s corporation looks after 5,000ha on two areas – one adjacent to the Olympic Park, running south from Stratford to the Thames, and another in Barking, including the 10,800-home Barking Riverside development being taken forward by Bellway and the Homes and Communities Agency.

Both are areas of deprivation that have a lot of areas of land ripe for redevelopment if only the problems of complex land ownerships and market sentiment can be overcome.

Its 10-year task was plain enough – to prepare the ground for the construction of 68,000 homes. However, only about 5,000 have been built since the body was set up, and this year the figure is just 173. “It’s easy to say the corporation hasn’t done much,” he says, “but then you get behind the scenes and it’s easy to say why it’s been difficult.”

With this project, it was never expected that all 70,000 would be completed by 2014, and they were always likely to increase in number towards the end of the period. “If you look at the regeneration cycle, four years isn’t long, particularly given that in the last of those years, the economy was in one of the deepest recessions we’ve ever seen.”

Luckily, Lane has an eagle eye for the silver lining. Everyone who has worked with him testifies to his ability to inspire action in the bleakest of circumstances. Alfred Buller, group director of Corby developer Bee Bee, worked closely with him in his last role. “If you were struggling, you came out of a meeting with Bob ready for battle. He made you believe.” Lane will need all these skills, because the recession hurt the body in all sorts of ways: not only does it make development grind to a halt, but the organisation’s expected receipts from land sales plummet. This year it has been forced to write down £15.7m against falling land value, all of which adds up to the fact it can do less.

Lane has not been backward at addressing this point: “When I came in last November, the first thing we did was to reappraise the corporate plan. What we did – and we agreed this easily – was to concentrate on projects we could definitely implement within our lifetime. We were trying to do too much, basically.”

A number of long-term site assembly and infrastructure works, which would have borne fruit towards the end of the next decade, won’t now happen. But Lane is adamant this won’t mean reassessing the body’s overall targets – it can still hit them with a fair economic wind, and key development such as Canning Town and Barking town centre will still go ahead, he says.

Once in a lifetime

And he doesn’t despair, because for Lane, the depth of his difficulties is, paradoxically, his organisation’s justification. Because if development is this hard with a UDC, which can assemble land, push through planning and fund infrastructure, he muses, just imagine what would happen without one.

“It’s a job you can only imagine a UDC doing,” he argues. “The frustration that I’ve had with other bodies is that you can see sites that need to be assembled, but the focus only comes when you have area-based teams.”

It’s a case he thinks will be appreciated as much by a Tory government as a Labour one, despite the rhetoric about a bonfire of the quangos. Some may see that as optimistic. Lane, having started his regeneration career while living in Newham over 40 years ago, has come back for the fight of his life.

If you withdraw funding, there will be a huge loss of momentum, and you will have to ask: will we have thrown away the opportunity of the Olympics?

Bob Lane will be a speaker at the Thames Gateway Forum. For more information, go to www.thamesgatewayforum.com