The golden age of travel 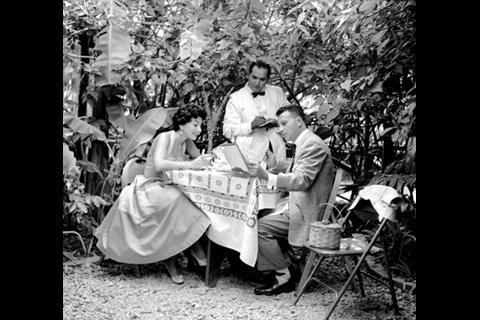 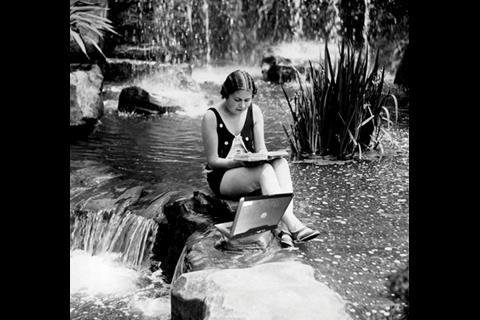 Is right now, thanks to the bulging pay packets, cushy expat packages, sexed-up CVs and challenging jobs that are on offer to UK professionals willing to work abroad.

If an offer to work abroad is on the table but you are dithering, here’s your clincher: 80% of FTSE 100 chief executives have earned their living outside the UK at some point in their career. That’s how highly top companies value international experience.

It is the same message lower down the corporate ladder, claims Pricewaterhouse Coopers (PwC). In a recent study it found that about 20% of senior managers and 25% of directors have worked overseas.

And as markets across the globe open up to foreign investment, construction companies worldwide are crying out for staff. British-educated professionals, particularly those with more than five years’ experience, are highly valued. In short, relocation has never been easier.

Or cushier. The days of being billeted in malarial backwaters are long gone. With talent at a global premium, people expect – and get – a lot more from their employers when they move to foreign parts.

“That’s all in addition to 30% more take-home pay – what you basically lose in tax here in the UK.”

To find out precisely how much you could earn, consult the Hays international salary guide overleaf.

Companies are also offering potential expats “look-and-see visits” to help them make up their minds. For senior positions or less popular locations, companies have started asking shortlisted candidates to bring their spouses to interviews. They might also put them in touch with social clubs in the country where they might be living.

That’s smart thinking, says John White, a PwC partner and international mobility specialist. He claims that reluctant partners – or trailing spouses, as they are known – are the main reason foreign assignments fail.

I do a solid nine-hour day and I love the work, but after that I am on the rugby pitch or surfing the waves

“If a spouse isn’t happy, arguments start at home and the employee’s mind is no longer really on the job. Companies cannot afford for that to happen too often,” he says.

John Roberts, a senior structural engineer at Atkins, says his wife is no trailing spouse. She was happy to relocate to India when Atkins asked her husband to be head of building design at the firm’s Bangalore office.

The couple and their seven-year-old daughter made the move almost a year ago, 18 months after he joined the company. “We just love working and living abroad,” he says. “I used to work for Arup and they posted me to Los Angeles for a couple of years. That’s when the passion was lit.”

Roberts doesn’t earn more than he did in the UK, but the lower cost of living in India means he has more cash to spend. “A family house costs around £700 a month to rent, and takeaway pizza for two is £3 tops. And it’s great pizza – Friday evening in is back on.”

Not that Roberts moved purely for financial reasons. “I love the cultural challenges of working overseas,” he says. “Plus, India is going to be a major market in years to come. What I am learning now will be germane to the next decade of my working life.”

Money was also low on the agenda when George Ross left for Australia last May. At 28, the Gleeds quantity surveyor is typical of the unattached young professional whose decision to work abroad is a lifestyle choice.

“I came here because I could,” he says. “I had just come out of a relationship, had lots of Aussie mates and I love rugby. I told Gleeds I’d like to work here and they agreed. I am really grateful. I’ll be here until I get bored or my business visa runs out.”

He has found the move surprisingly easy. “Australian bureaucracy is so efficient. One visit to a bank got me an account, card and PIN number. And sorting my medical insurance was also straightforward.”

Socially, things have worked out, too. “I do a solid nine-hour day and I love the work, but after that I am on the rugby pitch or surfing the waves. And I don’t miss being in a relationship – the girls are too friendly.”

My project here is worth £90m. I’d never get this opportunity back home. I expect to earn promotion in about two years’ time

For Neil Coker, however, the decision to leave for Al Ain, in Abu Dhabi, was very much financial. The EC Harris project manager sends home four-fifths of his salary every month. Not for him the swanky restaurants and nightclubs of the booming emirate. Divorced and with his partner back home, Coker lives alone and spends much of his free time camping in the desert with friends.

Career-wise, he is sure he has made the right move. “In the UK, I was working on £3m-5m schemes. I can’t reveal what it is, but my project here is worth £90m and covers kilometres. I’d never get this opportunity back home. I would expect the experience I am getting here to earn me promotion to senior project manager in about two years’ time.”

Coker was brought up in Africa and thinks that early experience has served him well in the Gulf. He has also picked up some Arabic, which, he says, goes down well with clients.

Jason Hyett, Gulf director at Gleeds, whose Arabic is less advanced, is sure it does. He moved to Dubai with his wife and two sons, aged three and nine, in January and initially found the cultural differences challenging.

“Hearing the mullah calling people to mosque at 4.45am every morning took some getting used to,” he recalls. “And it was strange for me when people would disappear in the middle of meetings to pray – ‘Where’s he going now?’ I used to think.”

Six months on, he doesn’t blink an eye at either practice. He has also accepted that in this part of the world, business relationships don’t evolve into friendships. “If you were dealing with a guy every day in the UK, there’d come a day when you’d invite him for a barbecue or vice versa. Not here,” he says.

Not that Hyett has much time to ruminate on cultural differences. “I moved here to develop my career and that’s happening. My projects include Zaha Hadid’s Opus tower. Naively, however, I also thought I’d enjoy a better quality of life. But I am in the office at 7.30am every day and don’t leave before 8pm. I see my family less than I did in Britain.”

Although he says the move has given his sons opportunities they would never have had at home – “the school facilities are amazing” – Hyett has not yet made their financial futures any more secure.

“You live well here but you pay for it,” he says. “So far we haven’t saved anything. I do hope my wife isn’t reading this.”

For more careers advice and thousands of construction jobs, go to www.building4jobs.co.uk