An effective payless notice must include an explanation of the grounds for withholding, a headline figure and a calculation showing how that figure has been produced 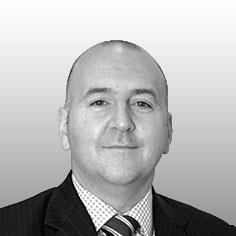 During August 2014 Muir entered into a design and build contract with Kapital for the construction of 61 residential units in Rosyth, Scotland. The contract required any payless notice to specify the sum due and the basis on which that sum had been calculated.

Following several disputes, in April 2016 Muir and Kapital entered into a settlement contract. This provided for completion of the works during July, with final retention release on 31 December 2016, subject to any payless notice which was to be conditional upon Kapital having given prior notice of defects supported by an expert’s report and having incurred rectification work costs.

Kapital subsequently issued a snagging list and an architect’s report, and contended that Muir’s works were incomplete and/or defective. On 21 December 2016 Kapital issued a payless notice which stated that the sum due to Muir was zero. Neither the notice nor the covering letter included any explanation of how this figure had been arrived at.

During 2017 Muir commenced proceedings seeking recovery of the retention. Muir contended that Kapital’s payless notice was invalid and non-compliant with the terms of the settlement contract because it did not offer any explanation of how the zero figure had been arrived at. Muir further submitted that the covering letter was unclear to a reasonable recipient, that the architect’s report did not confirm the defects were Muir’s responsibility and that Kapital had not yet incurred all of the remedial costs it claimed.

Kapital responded that its payless notice had to be construed in the manner of a reasonable commercial person adopting a contextual, purposive and commonsense construction. Thus the payless notice should properly be construed as comprising the covering letter, the notice itself, the snagging list and the architect’s report, which collectively satisfied the requirements of the settlement contract. Given the extent of the defects complained of and the comparatively low level of retention, Kapital maintained that the zero-sum figure was sufficiently stated and explained.

Did Kapital’s payless notice satisfy the requirements of the settlement contract?

The judge had little hesitation in concluding that the payless notice was not valid, because neither the notice nor any of the documents relied upon by Kapital provided an explanation that would allow a reasonable recipient to understand how the zero-sum figure had been arrived at.

The judge stated that in order to comply with the settlement contract a payless notice should have included an explanation of the grounds for the withholding, confirmation of the sum that was being withheld for each ground, and an indication of how each of those sums had been arrived at.

The judge also agreed with Muir that contrary to the requirements of the settlement contract, many of the remedial costs claimed by Kapital were contingent as at 21 December 2016.

Given the analysis of a form of wording almost identical to the phrase “the basis on which that sum is calculated”, which appears in sections 110A and 110B of the Housing Grants, Construction and Regeneration Act 1996 (HGCRA), this judgment is likely to be frequently cited in disputes concerning the validity of payment and payless notices.

The judge’s conclusions were consistent with the principle that an employer who wishes to withhold money otherwise due should have a genuine reason for doing so and should have addressed his/her mind as to how the sum to be withheld has been calculated.  The employer must provide some justification that includes a calculation or valuation. Here, the documents relied upon by Kapital were devoid of any figures and it was not enough that Muir could be left to assume that the cost of rectification works claimed by Kapital would extinguish the outstanding retention.

The judge specifically rejected Kapital’s argument that setting the range of defects complained of against an insignificant retention figure provided an adequate explanation of the zero sum in the notice. This approach is again consistent with the provisions of the HGCRA as amended: in regard to payment notices and payless notices, sections 110B(4) and 111(4) expressly state that the notice must specify the basis upon which the sum to be paid – or to be paid subject to a withholding – has been calculated, even if that sum is zero.

Therefore an effective payless notice must include some explanation of the grounds for withholding, a headline figure, and a calculation or breakdown that demonstrates how that figure has been produced. As maths teachers are wont to say: “Show your working out.”