10 ways to avoid dispute in the Middle East 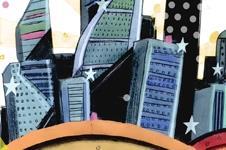 The Middle East has traditionally seen few disputes. In boom times contractors have always had alternative ways to recover their losses. But the credit crunch appears to have changed that, and now more disputes are erupting. So, how can disputes be avoided in the present market?

There are important differences between the Arab laws of the Middle East (which, except for Saudi Arabia and Yemen, are broadly similar) and English law. Local law may provide significant help to contractors in advancing claims but, in turn, it may also help subcontractors. For example, a distinguishing feature of Arab contract law is the doctrine of changed circumstances. In the event of generally unforeseen exceptional circumstances (for example, the rise or fall of the price of raw materials) this doctrine enables a tribunal to modify contractual obligations.

This is always good advice but even more so in the Middle East. If contracts are ambiguous, Arab contract law is likely to look more widely than English law for the true intention of the parties. Which creates more uncertainty.

With projects in the Gulf being changed or terminated because of the credit crunch, draft subcontracts with a right to omit and supplement work and to terminate for convenience can be useful.

Put protection in place against insolvency - for instance a parent company guarantee or whatever is practical (just as in the UK).

This is a useful tool, particularly in the present climate, as it provides parties with the opportunity to resolve issues at an early stage.

Contracts need to include an effective dispute resolution mechanism, which may act as a deterrent to disputes. Arbitration is gaining increasing acceptance in the region and arbitration clauses are now common in many construction contracts. But don't forget that the enforcement of arbitral awards remains a challenge in certain jurisdictions, particularly in Saudi Arabia.

Wherever the project, the keeping of the right records, the regular updating of the programmes and compliance with contract entitlement procedures may reduce chances of a dispute starting. Contract management is particularly important in the crunch climate where cash-strapped employers will have even more incentive to reject claims that lack substantiation or failed to follow contract procedures.

This is key to the successful execution of any project but is particularly important to the present climate where finance may be hard to obtain.

Hard analysis of a problem at an early stage and obtaining legal advice, particularly on the local law, may save substantial time, effort and money and set the correct course to recover entitlements without resorting to the dispute resolution process.

The key to achieving a negotiated settlement in the Middle East is to draft correspondence and claims that not only set out the legal/factual basis for the claim but also demonstrate why, on the merits, the contractor is entitled to relief.

Raid Abu-Manneh is a partner at Mayer Brown International