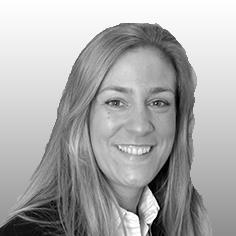 This was an application to enforce an Adjudicator’s decision that F Parkinson Ltd (Parkinson) should pay its subcontractor, Broughton Brickwork Ltd (Broughton), the sum of £96,00 being the amount claimed in Broughton’s interim payment application IA12.

After the decision had been issued the adjudicator explained that he had not spotted the IA14 payless notice in the bundle and said that had he been aware of it, he would have found in favour of Parkinson. No payment was made and Broughton commenced enforcement proceedings.

Parkinson opposed enforcement on two grounds:
(i) That the adjudicator was wrong to make assumptions about the documents and ought to have invited submissions from the parties regarding the validity of payless notices for IA13 and IA14
(ii) That in failing to apprehend the validity of the IA14 payless notice the Adjudicator had failed to consider the documents properly which constituted a real and serious breach of the rules of natural justice.

On the first issue the judge found that the adjudicator was not under a positive obligation to ask the parties to clarify their respective positions on the validity of the payless notices. Where the parties had been afforded plentiful opportunity to say all that they wanted to say and to put forward all relevant material, the adjudicator was entitled to reach his decision on the basis of the evidence and submissions which had been placed before him.

On the second issue the judge accepted that the failure to spot the valid payless notice was a procedural error in that this was a document that was put before the adjudicator that he had failed to consider. However, the judge found that there was no deliberate decision on the part of the adjudicator to disregard the payless notice. The judge noted that Parkinson had caused or at least materially contributed to the procedural error by:

(i) Failing to specifically assert in its response that the IA14 Payless Notice was served by email
(ii) Failing to specifically draw the adjudicator’s attention to the existence or relevance of the IA14 payless notice
(iii) By mis-numbering its bundle page references which made it more difficult for the adjudicator to look for evidence of service of the payless notice.

Given that adjudicators are often swamped with masses of documents the judge’s comment that the adjudicator could not be criticized for not “trawling” through the totality of the documents should be noted. The party that fails to properly organize and index its supporting documents, and/or fails to guide the adjudicator through the evidential maze with accurate and coherent cross-referencing only has itself to blame if important evidence is missed.

Whilst noting that Parkinson might have been left with an overall sense of injustice the judge observed that this was part of the rough and ready nature of adjudication as an interim remedy. Those who regularly practice adjudication may have less sympathy for a respondent who complains about an adjudicator’s failure to consider a crucial document that the respondent wholly failed to draw attention to.