New European regulations raise the possibility of adjudication winners being allowed to claim back legal costs from the losing side. But would this contravene the Construction Act? 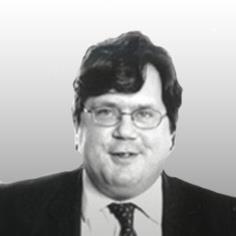 It takes quite a lot to silence a bunch of experienced adjudicators when talking about the sort of construction claims that can be adjudicated. That is exactly what happened at a recent conference that I attended when it was announced that this year would see an entirely new type of claim being pursued, in particular by subcontractors involved in payment disputes with main contractors.

It transpired that this new type of claim is for the legal costs that a party to whom monies are owed incurs as part of the recovery process. Such a claim would indeed be novel, given the clear rules that have governed how adjudication carried out under the Construction Act works with regard to this aspect of the process.

The original legislation and the statutory scheme that accompanied it were quite clear. Although both parties to the adjudication were to be jointly liable for the adjudicator’s fees, he could allocate responsibility for paying them in his decision. The same would go for the fees of any legal or other professional adviser appointed by the adjudicator. However, when it came to any fees that the parties incurred in taking advice and engaging representation, the adjudicator had no power to direct that one party should pay the fees incurred by the other. Unless, that is, both parties expressly agreed post-referral that he should have the power to make such an award.

On one reading, an entitlement to recovery of party costs is alien to adjudication under the construction act

Although the amendments to the legislation did affect these matters, they did nothing to change the basic position regarding responsibility for the parties’ own costs.

Where did this new type of claim spring from? In a word, Europe. The Late Payment of Commercial Debts Regulations 2013 came into force last year, amending the 1998 late payment legislation. These regulations do a number of things. They seek to limit the length of payment periods to 60 days and also the period purchasers have to verify acceptance of goods supplied.

But what really excited the adjudicators at my conference was the suggestion that subcontractors would be seeking to claim, in adjudications that they commence for recovery of outstanding monies, not only interest but also their legal and other costs based upon the amendment to clause 5 of the legislation effected by the new regulations.

The principle of compensation over and above interest is not new. Before the regulations were amended, the successful party was entitled to a fixed sum of up to £100, depending on the value of the debt. Clearly, that was no more than a token gesture and what the regulations do is to increase the entitlement to compensation to a “reasonable sum” in respect of the costs that he incurs.

For many, the inability to recover costs has been a major flaw in the adjudication model. Undoubtedly, parties are going to include a claim for reasonable costs on the basis of the amended legislation when they invoke adjudication. What remains to be seen is how adjudicators respond and, perhaps more importantly, how the courts treat them in the context of contested enforcement proceedings.

The fact is that there may be risk associated with introducing a claim of this nature into a referral. On one reading, an entitlement to recovery of party costs is alien to adjudication under the Construction Act, which for these purposes, overrides the payment legislation. If that is correct, and it is a big “if”, then it can and would be argued by the party seeking to resist enforcement that the effect of the invalid award was to make the whole award unenforceable. The court may sever that part of the award and enforce the rest. However, all this could make the enforcement process much more expensive and troublesome.

My view is that any party seeking to challenge an award of compensation on these grounds will have an uphill struggle. On the other hand, the right will only apply to a “qualifying debt” and that essentially means a payment that has fallen due under terms of the contract. Of course, there will be considerable debate about what “reasonable costs” means. One assumes that parties will be seeking to recover not only costs incurred up to the start of the adjudication but also those incurred during the process. Given the statutory right to adjudicate in such circumstances, it is hard to see why the latter costs should be excluded as a matter of principle, but the position is unclear.

It is reassuring that the adjudicators are already beginning to talk about these issues, because they are going to have to start coming up with some answers very soon.