Adjudication has proved very successful in keeping construction disputes out of the courts, but the system needs a few tweaks to make sure it continues to operate smoothly 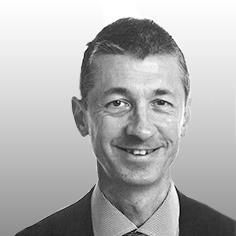 Few would disagree with the view that, after almost 16 years in operation, adjudication has been a great success. It is speedy and cost-effective. Most decisions have been enforced and the courts have played their part by brushing aside most procedural challenges.

There are a still a number of areas however where the time and costs of adjudication are greater than need be, thus negating one of the attractions of the system. Below are three areas where problems typically arise, together with suggestions as to how these might be tackled.

The first problem area relates to the appointment of the adjudicator itself. Parties who will not agree the time of day will rarely agree who is to adjudicate. The working assumption often is that if the other side suggests someone, they must have some cunning reason for wanting them. So the process starts with a dispute about who is to decide the dispute. Both parties then bombard the appointing body with submissions about the type of adjudicator needed, and whether any adjudicator who has dealt with a previous dispute on the same project should be reappointed.

In fairness to the main nominating bodies, they seem to adopt a no-nonsense approach in response. In Makers (UK) Limited vs Camden LBC (2008), Mr Justice Akenhead noted that nominating bodies could consider making clear on their website whether they accepted representations about nominees, and whether such representations should be copied to the other side. The RICS website, for example, contains clear guidance on all of this.

Even when a party has failed to persuade an adjudicator that it should have the last word, it will sometimes serve a further submission anyway

Nevertheless, procedural battles before the adjudication has even started are not a good advertisement for the system. Contracts rarely name individual adjudicators, though many forms of contract have an appropriate prompt in the appendix or particulars. Contracting parties should perhaps routinely name a specific adjudicator, along with two reserves in case of unavailability or conflict of interest.

A second problem area is that of serial adjudications. A large dispute may be chopped into smaller chunks, each of which is separately adjudicated, over a period of months or years.

A key question then is: how far is an adjudicator bound by what a previous adjudicator has said?

In Hyder Consulting (UK) Limited vs Carillion (2011) the court said that what is binding is the decision, and that that comprised the actual award plus any other finding that was an “essential component of, or basis for, that award”. So, for example, an award of prolongation costs would bind a later adjudicator dealing with a related extension of time claim.

One leading textbook suggests that the test in Hyder may be too wide. Even if the test is correct, there is often debate about its application. This is certainly an area where the courts might usefully give further guidance if an opportunity arises.

The third and final area will be well known to adjudicators. It is the problem of both parties wanting to have the last word. John Redmond has noted in these pages (14 September 2012) that, even when a party has failed to persuade an adjudicator that it should have the last word, it will sometimes serve a further submission anyway in breach of the adjudicator’s order.

When the other side objects, paragraph 17 of the Scheme for Construction Contracts, which requires an adjudicator to consider any relevant information submitted, is wheeled out in support - though it is unlikely that that provision was ever intended to be hijacked for this purpose. The adjudication then becomes a free-for-all - the construction equivalent of a Jeremy Kyle show.

What can be done? Parliament might help next time it comes to look at the legislation by removing or amending paragraph 17. Or the parties might think of doing so in their contracts. Adjudicators might assist by reassuring the parties at the outset that they will regard the referral notice and the response as the primary submissions, that they do not expect a party to respond to each and every point made by the other, and that fairness requires both parties to stick to the timetable ordered.

In court, by contrast, the length of a submission, or having the last word, is less important.

If a judge tells an advocate that he does not want to hear them, it means they have won.

It is sometimes said that losers make the longest speeches.