The case, before Lord Justice Tomlinson, Lady Justice Gloster and Lord Justice Underhill, explores whether the liquidators of Alphasteel contradicted the terms of a settlement agreement 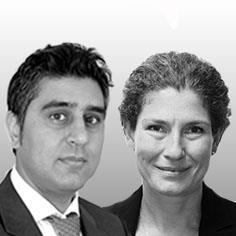 During September 2011 the liquidators gave notice that they also intended to commence proceedings in Switzerland against Alphasteel’s bank.

During 2012 the liquidators wanted to use certain documents disclosed by Mr Shirkhani and summit in the High Court proceedings to support their proposed proceedings in Switzerland. CPR 31.22(1) provides that documents may only be used for the purposes of the proceedings in which they have been disclosed, except where they have been read out or referred to in open court, where the court agrees, or where the disclosing party consents. The liquidators invited Mr Shirkhani’s consent to use the documents but when that was refused they issued an application under CPR 31.22(3) in the Commercial Court.

At first instance the liquidators’ application was successful.

On appeal, Mr Shirkhani and Summit contended that the liquidators’ application for permission to use the documents they had disclosed in the High Court proceedings amounted to the prosecution of a “claim” or right against them. In response, the liquidators submitted that an application for permission under CPR 31.22(3) did not constitute the pursuit of a claim or right per se, and that the present application did not amount to pursuit of a claim or right against Mr Shirkhani and/or Summit, where for example the application did not seek any relief against them or seek an order that they be asked to do anything. The Court of Appeal was therefore required to decide whether or not the liquidators’ application was contrary to the terms of the settlement agreement.

Settlement agreements frequently include provisions whereby the parties covenant that they will not in the future bring any claims against each other that arise out of the dispute that was compromised. However, as with any contractual document, it is important to make sure that the wording used accurately reflects the parties’ requirements. Settlement agreements must be construed in the same manner as any other contract so the Court of Appeal was required to consider the words used and objectively determine the parties’ intentions against the factual background.

The Court of Appeal noted that the claims, rights, and complaints that each party undertook not to pursue against the other were defined with “imprecise and all-embracing language” in the settlement agreement. This wide definition meant that the liquidators’ application was caught by cl 10 so that it was not necessary to closely analyse the nature of the legal right of confidentiality that a party has in documents disclosed during court proceedings.

Disputed applications under CPR 31.22 do not often come before the courts. The general rule is that documents disclosed in proceedings may only be used for the purposes of the proceedings in which they are disclosed but CPR 31.22(1) includes some exceptions. In particular, CPR 31.22 recognises that once a document has been referred to or read out in public in court the status of the document changes.

In construction disputes settlement agreements will often provide for co-operation and/or assistance if satellite disputes are contemplated. For example, the agreement may provide for the subcontractor to assist the contractor with documents and a witness statement in support of the contractor’s claims against the employer. If one of the parties is contemplating separate proceedings against a third party, then in order to circumvent CPR 31.22, the settlement agreement – assuming it is made before trial – should specifically provide for freedom to use disclosed documents. Such an express provision will constitute the disclosing party’s agreement to use of the documents for another purpose in accordance with CPR 31.22(1)(c).