Frustrated with political short-termism, one construction company has drafted its own 10-point plan and it wants to know what you think 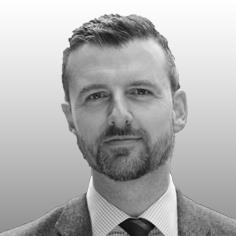 Despite the housing crisis, regional growth and infrastructure being hot issues for the electorate, the recently launched party manifestos are lacking in the firm commitments required to accelerate economic growth across the UK.

This is the rationale behind the launch of Iceni Projects’ “alternative planning manifesto” – a 10-point statement of policy ideas designed to stimulate discussion on the role that planning can and should play in growing the UK economy.

We have only picked out a few of these points here, but please click here to download the full alternative planning manifesto.

The first point on our 10-point statement is also the most important. It is based on our firmly held belief that we need an economic-led national plan, to set the long-term strategy for the future of the UK.

To be successful this requires close co-ordination by government, whatever that might look like come 8 May 2015. It needs to take account of competing economic and social needs and indeed, society at large. And, if successful, we believe it will help to eradicate political short-termism and circumvent local interests in favour of a bigger picture approach – what role do we want our country to play in an increasingly competitive world, and how do we stimulate UK-wide growth to get us there?

Localism has an important role to play, and our manifesto includes positive neighbourhood planning and recognition of the role of devolution.  But it cannot be rudderless. It needs to have a national context, and from a planning perspective, neighbourhood plans should only carry weight where they are in accordance with a wider development plan and have been subject to independent examination.

In recognition of acute housing need we are also calling for a once in a generation reconciliation of the current Green Belt. Many communities object to releasing Green Belt land for development because perversely, it leaves them open to future release through subsequent population growth projections and the fear of setting a precedent. In order to encourage a measured release of Green Belt land to address our housing shortage, we are calling for those communities that support such an approach to be provided with immunity from further land release for the lifetime of the presiding development plan (typically 15 years), irrespective of subsequent population projections or housing wider delivery rates.

With a coalition looking increasingly likely, the party manifestos are unlikely to come to fruition, but instead will become bargaining chips for our next government. As such, we think it vital to keep the growth agenda, and the role that planning has to play, at the forefront of politicians’ minds, and our alternative manifesto is our modest attempt to do just that.

However, we cannot do it alone. So, if you think we’re right or have it completely wrong, comment below or get in touch.