With government support, we could soon be living in smart cities where buildings, urban infrastructure and even vehicles communicate intelligently 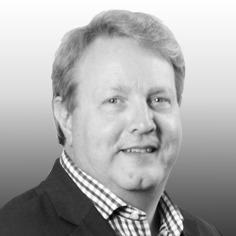 Many in the BIM community will have welcomed George Osborne’s announcement in his final Budget of the current parliament of measures to support the development of the “internet of things” and “smart cities”, with the goal of linking BIM- created buildings with the wider information technology environment such as roads, water, energy and other transport systems.

The chancellor’s pledge of £40m of additional investment for businesses pioneering the development of these interconnected technologies is something to be welcomed. These measures form part of a clear narrative from the government, which produced a Smart Cities strategy in 2013 and just last month announced details of a Digital Built Britain strategy, sending a clear signal that policy makers have bought into the potential of these technologies to deliver efficiencies and support a sustainable built environment.

The Digital Built Britain strategy outlines what can be achieved if central government, local authorities, clients and suppliers all work together to standardise the information technology frameworks which make possible the fully integrated proceses assocated with Level 3 BIM. To make this possible, information exchanges communicating information from IP address linked sensors in every asset; data sharing; and asset management all need to be standardised.

The debate is still over creating appetite. But the possibilities of BIM Level 3 are already becoming a reality in “smart cities” such as Rio de Janeiro and Barcelona. Here in the UK, my company is installing the latest intelligent systems for customers such as the University of Sheffield, in their new The Diamond building, giving them the capability to manage their assets efficiently for decades into the future. And the new national roads company, Highways England is already adding this technology to its work. With 15 new smart motorway projects being planned, it is trialling data sharing via wireless internet devices placed on the network around the South-east region, as well as various Wireless Power Transfer technologies and even installing an acoustic tunnel incident detection system.

The fire brigade arrive and have access to the BIM models and BMS to help control ventilation systems and determine safe access routes. Occupants will have a RFID tag so all can be located and contacted to ease their evacuation

Yes, of course there is an extra initial cost to IP-ing a building or sharing digital information but these costs will come down in time. And the benefits will also become clear as trailblazers like the ones mentioned above lead the way. Insurance companies will offer reduced insurance premiums for better managed buildings and the government could incentivise through providing reduced business rates and tax incentives to those developers who put connectivity and technology into their projects, knowing that in doing so their products would be less likely to have a negative impact on wider services.

As with all things technological, an example often helps and, with credit to my colleague Chris Whitehead, I offer the following:

Imagine a sensor in a university building located in a city centre detects a fire. In a connected “smart city”, an alarm will be sent automatically to the fire station. The brigade will consult the CCTV cameras in the building to gauge its severity. The display in the cab of the fire engine will light up with the optimal route to the building for the prevailing traffic conditions and at the flick of a switch in the highways control centre, the traffic lights along the route will be set to green as the fire engine approaches.

At the time the alarm is activated the IT back-up process is triggered so all research and teaching data is safely stored off site. It may be 3am and the street lighting in the city centre has been dimmed to save energy, but by remote control from sensors activated by the vehicle, the lights along the route of the fire engine will be turned on full to help speed its journey in safety. The fire brigade arrive and have access to the BIM models and BMS to help control ventilation systems and determine safe access routes. Occupants will have a RFID tag so all can be located and contacted to ease their evacuation.

And it wouldn’t end there. After the incident the asset tagging system will highlight which items of furniture, equipment or other components need replacement or repair and power and air can be re-routed as required through a semi-automated process to serve areas impacted by damaged systems. Students could even be automatically told their lectures have been relocated or cancelled. And to top it all, with driverless technology, that fire engine might not even need a driver in the future.

So the vision of the politicians, especially as we head towards an election, should be applauded and we in the BIM community need to communicate this vision and how we can deliver it to our wider network of communities to maintain the impetus of this potentially game-changing technology.