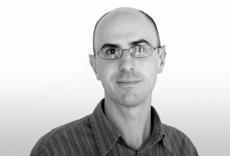 Blacklister-in-chief Ian Kerr arrived at Parliament and left it again under police protection.

In the three-and-a-half hours in between, Kerr - who was accompanied by his wife, the former book-keeper of the Consulting Association - served up bombshell after bombshell in his evidence to the Scottish Affairs committee.

The room was packed with journalists along with workers who believe their lives were ruined because they were on his construction industry blacklist.

Such was the fear that he would be assaulted or ambushed, a police officer sat in on the evidence and committee chairman Ian Davidson MP made special pleas before and after Kerr spoke for the session not to be disrupted.

Kerr, who lives in the West Midlands and resembles a retired civil servant, said he had never properly spoken about the Consulting Association and had “kept his powder dry”.

That proved an understatement. He rattled off name after name of the companies and individuals which had been involved and explained that he had made a good living as the Consulting Association’s chief officer, earning around £50,000 a year towards the end plus company car, life insurance and BUPA cover.

He admitted a history of spying on left-wing types dating back to the late 1960s when he worked for the Consulting Association’s predecessor, the Economic League, seeking out literature “which wouldn’t be found at WH Smiths” and attending meetings above pubs.

But Kerr also defended his actions, arguing that industrial relations laws had been lax and that anti-capitalists wanted to “bring companies to their knees”.

One of the most revealing moments came when Pamela Nash MP asked Kerr whether he was part of the official vetting operation for Irish workers on MoD projects.

There was a long pause before Kerr asked whether the question could be asked in private.

While he said he regretted “ruined lives” if that could be proven, he also agreed with the suggestion of MPs that contractors had hung him out to dry.

When all was said and done, the person Ian Kerr seemed to feel most sorry for was himself.