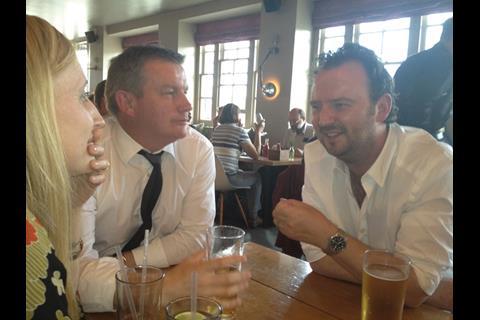 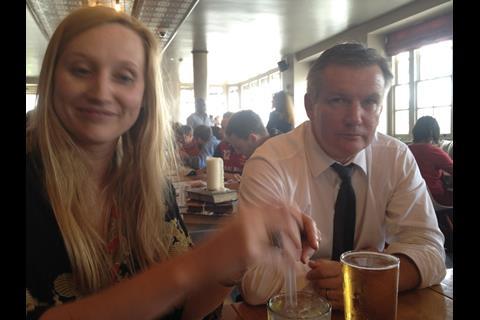 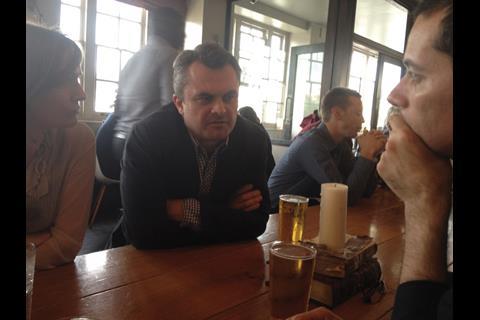 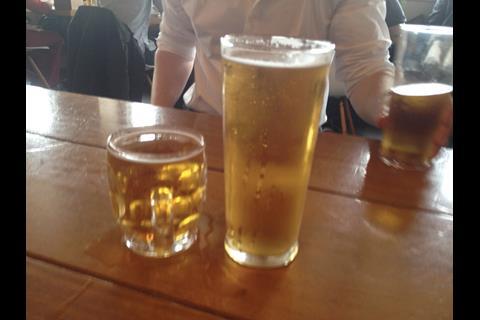 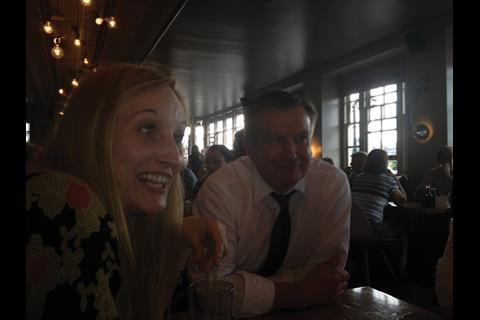 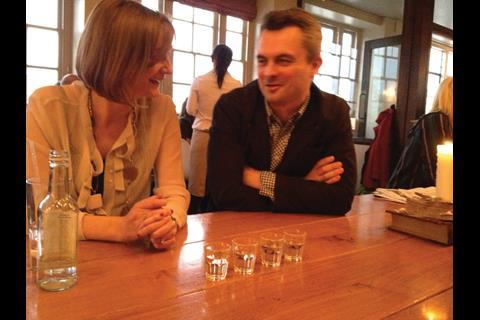 Romance, abseiling and snow are discussed in the Swan at Shakespeare’s Globe, on London’s South Bank

The weather did not dampen the Broadway Malyan team’s spirits. In fact, talk quickly turns to romance and Alf’s remarkable courtship of his partner (now wife). His colleagues helpfully point out the story would better suit OK magazine, but on this occasion Building will have to do.

The enthusiastic Aussie Alf describes his whirlwind romance like this: “We fell in love in a week, were engaged in two and we would have got married in three but you need to give more notice in the UK.” The pace did not let up - his partner was pregnant within a month, he adds.

‘If the practice charged an introduction fee for couples we’d be much more profitable,’ jokes Gary

Geoff, Philippa and Joe are impressed, but say they each knew their partners for a more “normal” 10 years before getting engaged. Geoff raises laughs when he admits he conspired to meet his partner when he was 17-years-old by joining the same after-school typing class as his now-wife.

Polish-born Monika tells us she is seeing an Irish filmmaker and jokes their nationalities are well-matched: “We can drink together,” she says. They met at Broadway Malyan when he was making a corporate film about the firm. Gary says it’s not unusual for people to find love at the practice. “If Broadway Malyan charged an introduction fee for couples we’d be much more profitable,” he jokes. Alf says that’s why he got into architecture: “To meet arty sheilas.”

Talk turns to sport as Philippa and Joe are among several Broadway Malyan employees training for a 10km run to raise money for people with muscular dystrophy. Well, sort of training. “If you ask anyone about training the answers range from something to nothing,” Joe says.

Geoff – wide-eyed with fear at the memory – tells us about a recent team building exercise he had to take part in, which involved abseiling off a 15-storey building. Geoff says he felt beforehand that “I would die or go down really quickly” and was relieved it was the latter. His pride was knocked because his fellow abseilers were more confident. “The client - who was in her mid-fifties threw herself off the building like spider-woman,” he says with awe.

Struck by this tale of adventure, Alf asks what everyone’s best moment of 2012 has been so far. Philippa says hers was eating at celebrity gastronome Heston Blumenthal’s Fat Duck restaurant, which apparently lives up to the hype. Alf says his was just the day before, when he gave his 15-month-old daughter a pink wicker basket as a gift with various random items in it. “She was so excited, it was amazing,” he enthuses.

Perhaps prompted by the unseasonably cold weather, Monika brings up the snowfall of 2010 and remarks on how “fantastic” the South Bank looked under three feet of snow. For those who made it in, there were snowball fights and snowman-making by the river, plus, construction of a special project - a large igloo.