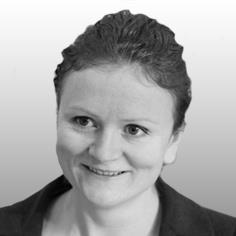 In the recent Court of Appeal case of Greenwich Millennium Village Limited vs Essex Services Group PLC and Others the court made clear that indemnity clauses in construction contracts could, in some circumstances, be relied upon even where the party attempting to rely on the clause had acted negligently.

A sub-sub-subcontractor of Essex Services Group (DG Robson Mechanical Services Ltd) was appealing against the decision that it was liable to indemnify the sub-subcontractor (HS Environmental Services Limited) for damages resulting from workmanship defects that caused flooding in a residential block in Greenwich Millennium Village. HS Environmental Services was a second tier mechanical contractor on the development and had subcontracted some of its work on the installation of mechanical works, including a boosted mains cold water system, to Robson.

Robson breached their obligations under the contract by incorrectly fitting a non-return valve and an isolation valve below a surge arrestor - an error which was not spotted by HS Environmental Services on inspection. This resulted in a major flood and significant damage to the building for which the owner claimed against the contractors a sum of £4.75m.

The litigation included parties all the way down the contractual chain and, after a considerable trial at the Technology and Construction Court, Mr Justice Coulson eventually held that HS Environmental Service’s defective workmanship had caused the flooding but also that liability for that defective workmanship could be passed down the contractual chain to Robson. He reasoned that this was due to the indemnity clause in the subcontract being applicable, a conclusion at odds with much of the case law where the beneficiary of an indemnity has also been at fault (as HS Environmental Services were in this case).

The general rule when construing an indemnity, often known as the Canada Steamship or the Alderslade principle, is that it will not cover the consequences of a beneficiary’s own negligence unless expressly included or where by implication, it is the only way that the indemnity could conceivably operate.

Mr Justice Coulson, in the TCC, held in this case that HS Environmental Services had been at fault by not spotting the defect perpetrated by Robson. However, he stated that this should not ordinarily defeat the operation of an indemnity clause. It was his view that business common sense required the general rule of construction to be ignored in such a case, otherwise it would destroy the ability of parties to pass claims down the contractual chain, particularly common in the construction industry.

He went on to explain, and the Court of Appeal agreed, that it would make no sense if the parties intended to limit the indemnity clause to workmanship breaches which were invisible when carrying out a reasonable inspection. It would defeat the commercial purpose of the contractual chain if “failure to notice” prevented the indemnity clause from operating. Further, contractors take out insurance on the basis they will be held liable for shortcomings in their own work and it makes sense that the allocation of risk should reflect this.

It is worth noting that a number of American judges have also considered how to construe similar indemnity clauses. They take the approach of distinguishing between “active negligence” in the sense of positively taking action to cause damage and “passive negligence” such as failing to notice defects.

Although this distinction does not yet exist in English law, it seems clear that English judges do appreciate the difference. In those cases where the general rule has been applied to defeat the operation of an indemnity clause, the beneficiary of the indemnity had committed a positive act of negligence which contributed to the damage.

Contractors should still be wary of the general rule: contributory negligence can defeat the operation of an indemnity clause and shift liability up a contractual chain. However, where a beneficiary of an indemnity has simply failed to notice the errors of their subcontractor they may still be indemnified.

There is no need to have express wording in the clause because the courts understand it as the intention of the parties to include this in the scope of the indemnity. Mind you, express wording never hurt anyone.