Colombia looks to finally be living up to its full potential, with enormous opportunities for the infrastructure and construction sectors 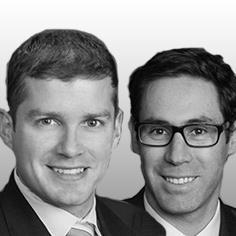 Often referred to as the oldest democracy in Latin America, Colombia has benefited from relative political stability, economic stability, and growth. It is one of the few Latin American countries that has not suffered a lasting dictator or a coup d’état. It benefits from an investment grade rating by all major rating agencies. It has only had one year of negative growth since the 1930s.

Despite this impressive record, Colombia’s advancement has been held in check for much of the past century due in part to cumbersome policies on foreign investment and a long-running internal war with drug cartels and guerillas. Recent legal reforms and security initiatives to overcome these obstacles have started to pay off, however, and Colombia looks to finally be living up to its full potential. With this potential come enormous opportunities for the infrastructure and construction sectors.

As with many Latin American countries, Colombia’s infrastructure lags behind other developed countries. In the World Economic Forum’s Global Competitiveness Report, Colombia consistently ranks as one of the countries with the lowest transport infrastructure quality in the world (ranked 111th out of 144 countries in 2013). To meet this challenge, Colombia has focused on aggressive legal reforms and policy initiatives.

Colombia has recently passed legal reforms aimed at attracting international investment in infrastructure and construction. Of particular note is Law 1508 of 2012, which created an innovative legal framework for public private partnerships (PPP) to further boost construction and development in the country.

To back up these legal reforms, the Colombian government has put forward an aggressive US$55 billion 10‑year plan to improve the country’s low infrastructure quality. The plan aims to upgrade more than 8,000 kilometers of roads and attain more than 3,500 kilometers of four-lane highways before the end of the decade. As part of this plan, the government is planning on investing nearly US$12 billion in infrastructure and related construction projects in 2014 alone.

The flagship projects planned by the government include the construction of Bogota’s underground system, considered the 4th most important infrastructure project in Latin America, a variety of concessions on roads to facilitate access to the Pacific and Atlantic seaports, the expansion of Cartagena’s seaport, and the construction of the Bicentenario oil pipeline in the northeast part of the country. In addition, Colombia is already planning on opening nine new tenders for road projects that will bring an estimated US$6 billion in private investment in 2015 alone.

Colombia is a party to numerous free trade agreements, including with the United States and the European Union, and is a party to the New York Convention on the Recognition and Enforcement of Arbitral Awards. Today, Colombia is ranked as the 3rd most business-friendly and as the leading reforming country in Latin America according to Doing Business 2013 of the World Bank. It is attractive for foreign investment and, according to fund flow tracker EPFR Global, enjoyed as of March 2014 the largest inflow of capital into any emerging-market country (the UK regularly ranks as one of the top sources of foreign direct investment). With its solid legal framework, coupled with infrastructure-specific initiatives such as the PPP program and 10-year plan, Colombia’s future is bright. Indeed, Colombia’s Finance Minister estimates that the government’s infrastructure efforts alone will allow the country to boost its annual GDP growth by one percent, which in turn will allow the country to grow at 7% annually on a sustained basis. This would be an unparalleled record when compared with peers in the region. Latin America’s newcomer is charging full speed ahead and offers significant opportunities for UK construction firms.

Nathan B. Galer is a Partner and Juan Pablo Moreno is an Associate in the Latin America Practice Group at Mayer Brown