Tesco used sale and leaseback transactions to release value from its property portfolio. But would it have been better off keeping the freehold of its own stores? 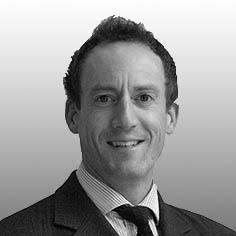 In 2007 Tesco valued its property assets at £28bn, making it effectively Europe’s biggest property company. A strategic campaign followed to capitalise on the then booming demand for commercial real estate in the UK.

However, holding freehold property would have strengthened its balance sheet, facilitated borrowing and provided financial security in tougher times.

There are a number of ways of extracting value from retail property. A very popular method has been the sale and leaseback. In their simplest form these transactions work by the retailer selling its valuable freehold or long leasehold interest in a store to an investor in return for the grant of a lease at a market rent.

The retailer benefits from releasing capital tied up in its property assets to reinvest in its core business that it hopes will outperform the real estate. The trade-off is the loss of the asset from its balance sheet in return for the rental liability. Over the last few years sale and leasebacks have been very popular among supermarkets, department stores and other occupiers of large retail space.

An alternative to retailers disposing of their property assets is to keep them and raise debt finance leveraged against them. This can range from straight forward term loans, secured against individual or baskets of properties, to complex bond issues.

Sale and leasebacks that are not subject to banking loan to value and interest cover obligations can raise more cash than debt transactions. But balanced against this is the flexibility of debt, the cost of the interest payments compared with potential rent payments and the security of hanging on to assets.

Under former chief executive, Philip Clarke’s leadership, Tesco sold 68 stores in sale and leaseback transactions and between 2009 and 2013, as part of this plan, Tesco used a series of six special purpose vehicles to issue close to £4bn worth of property bonds.

By October 2014 the retailer owned just 53% of the space across its total portfolio and was subject to an annual rental bill of £1.4bn.

The resulting lease obligations have weighed heavily on Tesco’s balance sheet and much of the cash generated was reinvested into foreign ventures, many of which have produced disappointing returns.

In addition, an intensely competitive trading environment combined with retail price index-linked rent increases has resulted in an erosion of the margin gains of Tesco’s leasing strategy and a rental bill likely to rise faster than the price of a basket of goods.

Tesco’s new boss, Dave Lewis, is now seeking to reverse its aggressive sale and leaseback programme by recovering control of his stores. This revised strategy insulates the business from indexed rent reviews, thereby reducing rental liabilities and simplifies and de-risks its business model.

It has been able to do this either by triggering buy-back options drafted into its leases as part of these schemes or negotiating deals with its property company vendors and has regained ownership of £1.7bn in freehold assets in the past two years. Tesco will have been helped in funding this significant outlay by the current availability of debt which contrasts with the climate at the height of its sale and leaseback programme, when the banks had shut up shop. Indeed that might have been a significant factor in selecting this strategy in the first place.

In order to pursue this new strategy Tesco needs to be sure that it can make substantial operating improvements to justify the increase in debt. Part of this will be the strategy to exit its non-core businesses, such as Dobbies Garden Centres. The reality is, however, that where stores are underperforming with little indication of recovery, Tesco may have little option but to run down the leases or negotiate with their landlords to remove the RPI rented uplifts in exchange for longer leases and fewer breaks.

It seems that Tesco has learnt the hard way that the price of releasing cash from freeholds today is a rising rental bill tomorrow.