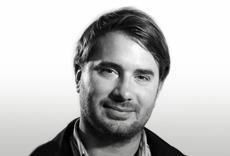 When the Defence Infrastructure Organisation (DIO) was formed last year, chief executive Andrew Manley assured the sector that the formation of the new organisation – and its “transformation programme” – would have no impact on the tranche of construction contracts, worth up to £9bn over the next 10 years, that the body had already begun to let.

The industry was rightly sceptical. The first signs of the problems the DIO had in managing both the New Generation Estate Contracts (NGEC) procurement and its own transformation – a programme that involves a head reduction of 7,000 to 2,000 and £1.2bn in savings – emerged last year as its timetable for the NGEC first began to slip.

At the time bidders said the DIO simply didn’t have the capacity to deal with the procurement. As it turns out, the contracts, initially meant to be let this year, will not now not be awarded until 2014. That means the shortlisted bidders will need to sit on their hands for many more months.

This has caused great frustration in the industry. Few contractors want to go on the record in their criticism of the MoD, whose book of work is much-coveted. But privately, people are livid at the lack of communication. One contractor said the DIO had not informed bidders ahead of the announcement last month that the contracts would be delayed until 2014. “They didn’t even send out a letter,” he said.

Others say the true reason for the delay - the DIO’s move to bring on board a strategic business partner - has never been communicated. “It’s logical that they don’t want to sign the contracts until they’ve got the private sector partner in place, so why don’t they just come out and say that?” one bidder said.

The procurement of the strategic partner is now well under way, with an industry day last month attracting about 60 firms. But the news that the DIO quadrupled the value of the contract just days after the tender hardly instills confidence that the organisation knows what it is doing. 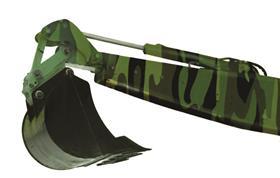 Indeed, such is the lack of capacity it is now set to bring in as many as five consultants - alongside Deloitte which has been working with the organisation for the past year - to manage the procurement of the strategic partner, as well as the wider transformation of the DIO. Contractors are curious about what it all means for them.

It is understood that the DIO favours a “transformation” that will eventually render it obsolete, with its place taken by a new entity, the Defence Infrastructure Delivery Organisation (DIDO), which will be a wholly owned subsidiary of the MoD and will be managed by the successful bidder for the strategic business partner role.

The DIO is now said to be looking at the Partnerships for Schools model, established under the previous Labour government for the delivery of its massive schools capital programme, but, ironically, scrapped by education secretary Michael Gove as insufficiently accountable and prone to wasteful expenditure.

It is expected that the new body will have an incentive-based contract, with rewards for success in driving efficiencies as it rationalises the defence estate and takes on the mammoth task of overseeing the £9bn tranche of construction contracts.

Ultimately, it is assumed, DIDO will become the intelligent MoD client the industry has long-been waiting for and the government has long promised. One can only hope.