Firms in limbo as MoD further delays £7bn worth of contracts

Exclusive: Fresh delays mean some shortlisted firms will have been waiting three years before contract is awarded 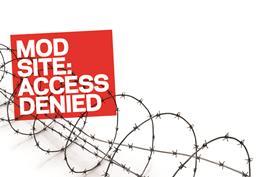 The Ministry of Defence (MoD) has further delayed the award of a £7bn tranche of construction contracts, which shortlisted firms have now been left waiting on for as long as three years.

The MoD this week confirmed that six major construction and facilities maintenance contracts, together worth £7.1bn, have been hit by further delays of between three and five months. The contracts, procurement on which began as early as December 2010, all have shortlisted bidders and were initially due to be awarded during 2012 in order to be in service by April 2013.

But they were delayed by two years after the MoD decided in January 2012 to begin the procurement of a private sector partner to run the Defence Infrastructure Organisation (DIO), which manages the  £20bn defence estate.

Last month the MoD confirmed the appointment of a Capita-led team to the £400m private sector partner role, with the expectation this would prompt the award of the contracts, which are part of the DIO’s £9bn suite of Next Generation Estate Contracts (NGEC). However, a DIO spokesperson this week confirmed further delays to the contracts.

The MoD said that despite the long delay, it would continue with the current procurement, rather than start over.

Two contracts – the  £1.5bn National Housing Prime and the £900m National Training Estate Prime – which were due to be awarded by March have been put back by three months to May.

This means the three shortlisted bidders for the National Housing Prime (see box below) have now been waiting since August 2011 for the contract award, under which the winning firm will provide repairs and maintenance to more than 49,000 UK military homes.

A further contract - the £350m Regional Prime Scotland and Northern Ireland - due to be awarded by January, has been pushed back to May, meaning the four bidders in line for the repairs and maintenance contract will have been waiting a full three years since they were shortlisted in June 2011.

The DIO spokesperson said the contract award dates had been delayed “to take into account the influences and effects of a huge period of change and restructuring for the organisation”.

As well as appointing a private sector business partner the DIO has also been engaged in a massive restructuring programme, after being required to save £1.2bn across its operations and reduce its head count from 7,000 to 2,000.

It is understood that the procurement of the private sector business partner – and the change of operating model this has involved - has been key in the latest delay, with an MoD insider insisting that the DIO would “not be procuring the new contracts effectively if we did not take these factors into account”.

The DIO spokesperson said the in service dates of the contracts would also now be put back, with contracts expected to be in service “around six months after contract award”.

The spokesperson said the DIO’s existing contracts had again been extended to take account of the latest delays. 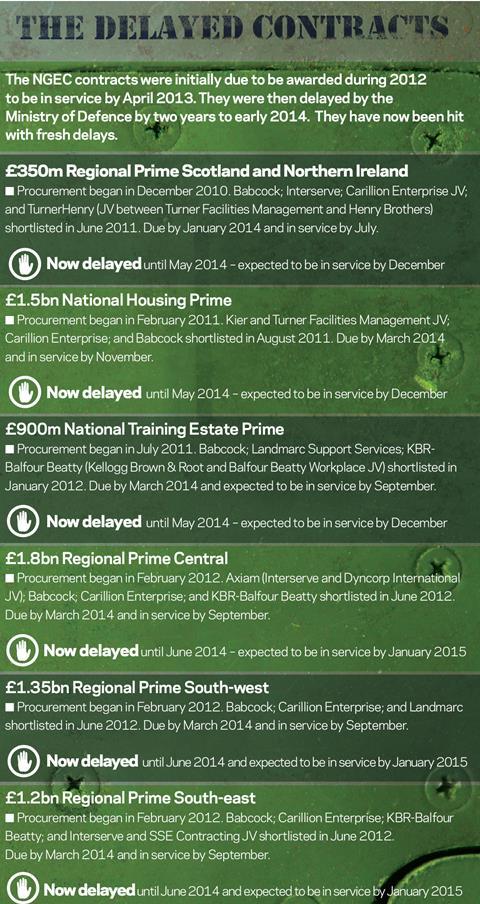