Who needs knowledge of a defective product for a company to know about it and will that knowledge bar claims against the manufacturer? A recent Court of Appeal case provides guidance 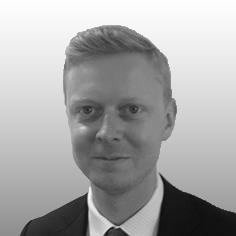 Howmet Limited vs Economy Devices Limited & Ors [2016] in the Court of Appeal saw the revision of many authorities, all the way back to a case about a snail in a bottle, in order to decide upon the corporate knowledge held by the appellant and its non-reliance upon a defective item manufactured by the respondent.

It also raises broader questions for those involved in the construction industry, including whether lines of communication and health and safety practices are in place and operating effectively. This is particularly important in light of the introduction of new sentencing guidelines for health and safety offences, which have seen fines for offences increase dramatically since their implementation.

The facts of the case were that a fire broke out at the factory of Howmet. One stage of Howmet’s manufacturing process was dipping metal castings into a series of tanks in order to expose the grain. The tanks constituted a fire risk and so, when Howmet decided to replace them, they installed a device called a thermolevel. The thermolevel was to be dipped into the tank and would switch off the tank if the level to which the tank was filled dipped too low. The thermolevel was manufactured by Economy Devices Limited (EDL).

Howmet appealed the decision of Mr Justice Edwards-Stuart in the Technology and Construction Court [2014] claiming that the judge had erred in respect of his findings of corporate knowledge and reliance, in particular that the employees that knew about the defective thermolevel were too junior to attribute it to Howmet’s knowledge as a company, and that Howmet did not rely upon the thermolevel during the days after the first fire, but were instead reliant upon their own operator vigilance.

In doing so, he found that it was clear that the employees tasked with maintaining and operating the tanks by the directors of the company were those who knew of the malfunctioning thermolevel, and knowledge of which was attributable to the knowledge of the company as a whole.

Turning to consider the negligence claim and reliance (or non-reliance) upon the malfunctioning thermolevel, Lord Justice Jackson began with Donoghue vs Stevenson (the 1932 case which enshrined principles of negligence into UK law after a woman claimed compensation from the manufacturer of a bottle of ginger beer after finding a decomposed snail in it) noting the duty to the end user to take reasonable care, before considering the restrictions placed upon that duty.
This included the circumstances where the end user becomes aware of the defect, concluding that: “Once the end user is alerted to the dangerous condition of a chattel, if he voluntarily continues to use it thereby causing personal injury or damage, he normally does so entirely at his own risk.”

Applying this to the case in hand, the judge decided that in the days after the initial fire, Howmet relied upon its own system in place; operator vigilance to prevent a fire, the failure of which was the cause of the subsequent fire, and not the malfunctioning thermolevel.

Lady Justice Arden expressed admiration and gratitude for the judgment of Lord Justice Jackson, and agreed in the main. However, she raised the issue of reliance as operating as a bar to its claim. Lady Justice Arden provided that the question of reliance (or non-reliance) on the thermolevel was not to act as an absolute bar, but should form one part of the broader question, which should include not only the non-reliance upon the thermolevel, but also whether the steps taken by Howmet after the discovery of the malfunctioning thermolevel were reasonable.

The appeal was dismissed.

The case highlights the scope of corporate knowledge within a company, as well as the consequences of operating items that are known to
be defective.

Adam Beaumont is an associate at Mayer Brown International