Do well at schools: How to win BSF work 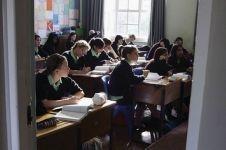 If you want to come out at the top of the class in the competition for Building Schools for the Future work, now’s the time to pull your socks up

The industry will understandably be uncertain as to how much it can rely on government assertions that it will lead the way out of recession by investing in major building projects. However, if the public sector does throw a lifeline to the building sector, it is likely to be in the form of schools projects.

An increasing number of new Building Schools For the Future (BSF) schemes are coming to market, creating opportunities for work, but success in the sector cannot be taken for granted. Anyone considering getting involved should be familiar with the two main procurement methods used for BSF schemes: local education partnerships (LEP) and frameworks.

LEPs are the most common vehicle used to deliver BSF projects. Bidding under the old LEP model was costly and time-consuming, but a new process has now been introduced that offers a smoother and quicker path to financial close and focuses more on partnering.

The concept of partnership may seem nebulous and intangible, but the problems caused by its absence are easy to recognise and are clearly detrimental to schemes.

A recent review of operational LEPs highlighted that a successful partnership cannot be assumed just because standard documents have been adopted. Therefore, bidders must demonstrate how their approach and experience would help them work effectively with the local authority.

They must also show they can bring about continuous improvements through their long-term contractual relationships. It will not be enough merely to commit to standard documents or pay lip service to the notion of partnership; bidders must be able to demonstrate how they can become true delivery partners to distinguish themselves from the pack.

An organisation with a mature approach to partnership, that can prove how well it has done it in practice, will be well placed to succeed in the LEP market.

Furthermore, in the current climate, and given the role of local authorities in enhancing local economies, BSF authorities will be looking to see how LEPs can deliver enhanced training and employment opportunities locally. Bidders capable of linking into the local authority’s agenda to boost the local economy are likely to find favour. This is particularly relevant for LEPs, given the long-term nature of their appointment.

The National Framework for Academies could be another major source of new work in the schools sector. Currently more than half of new academy build projects are being procured through this route, with the remainder being delivered through LEPs.

The government has pledged to increase the number of academies, as have the Tories if they come to power. At the moment more than 50 new academies are being procured through the national framework.

This will be re-procured this year, and provide a significant source of new business – more than £4bn of new school projects are to be delivered over a four-year period.

A proposed new national framework will provide the basis for even greater numbers of schools to be procured in the future.

Partnerships for Schools hopes to have this new framework in place by the end of 2009. The procurement documents are being prepared and, following recent case law on public procurement, they will need to include a clear and detailed explanation of the methods used to evaluate the candidates.

There has been much press coverage about whether BSF is producing the best design outcomes, so the ability of the bidding team to meet minimum design standards will be important.

Steps have been taken to improve the design process, and having a strong offering here will improve the chance of success. One of the advantages of the national framework over the LEP process is that the design offering is a distinguishing feature of successful bids, whereas with LEPs, there are a great many other factors that go into determining the winning bid. For those bidders with strong design teams, the framework promises to be a clearer path to success.

Graham Burns is a director at TPP Law