Design-and-build with novation is an attempt to reconcile the conflicting requirements of single-point responsibility and design control, but to work it needs clarity from the start 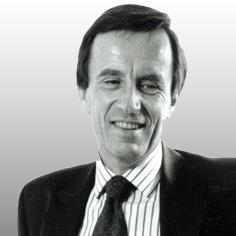 Once upon a time, not a very long time ago, most people procured building projects in the same way. First they would appoint an architect and other designers. When the building was designed they would find a builder to build it. That meant that there was a web of professional retainers and a main contract. The process is described these days as “traditional procurement”.

That was too complicated for some people who wanted a simpler approach. Design-and-build started to become popular. The only contract that the employer needed to worry about was the contract with the builder. As an American client put it - inelegantly but accurately - it was a “one-butt-to-kick contract”.

While clients liked the idea of aiming at just one butt, they didn’t really want to hand over all the design of their expensive new building to the contractor. They wanted some control over the way the building would look. So they went back to retaining architects and telling them what they wanted. The architect would prepare basic designs and the contractor would take them on and finish them.

But that meant that there was now another potential target for kicking. To sort that out someone had the bright idea of novating the designers over to the contractor. Once the building contract was in place, the designers would become part of the contractor’s team. The employer would be taken out of the designers’ contracts and the builder put in. The contractor would accept legal responsibility for all the design work carried out before the contractor was appointed. The RIBA (and many lawyers) advised that this was a seriously bad idea but it seemed to reconcile the conflicting requirements of single-point responsibility and design control.

Theoretically it should work, but this is an example of what can go wrong in practice.

Because the retainer was never sorted out, there was never any novation. The contractor is left trying to make claims against everyone based on implied terms, misrepresentation, negligence and anything else he can think of

The client starts by discussing a possible development with an architect. He works up an outline idea, which the client likes. The architect’s professional retainer is left a little vague - he is paid for his time as ideas evolve. Nobody has thought yet about the basis of the contract with the builder. Sooner or later someone suggests design-and-build with novation of the designers. The designs are packaged up in a document entitled “employer’s requirements”, and a contractor is selected. He starts work (because of course the building needs to be completed as soon as possible).

That’s when the first problem arises. The architect’s retainer has to be novated, or switched over from the employer to the contractor who is going to be his new boss. Unfortunately, the architect’s retainer was never clearly defined. If he is going to have to work for the contractor, he wants clarity about his fees and, by the way, they should be going up. Discussions about that continue while the builder gets on with the building.

Then there is a problem with the design. Something has been left out. Let’s say it is the front door. The builder notices it and asks the architect what he should do about it. The architect specifies a very grand front door, which will take several months to manufacture and will be very expensive. The contractor will want paying for the cost of it, which wasn’t in his budget. He will also want extra time for completion and the cost of the delay incurred both because of the delay in saying what the design was and the delay in manufacture. He tells the employer what is going on, the extension of time required and the extra cost. The employer denies all responsibility. This is a design-and-build contract, and if the architect forgot something, that is the contractor’s problem. Anyway, the contractor can always make a claim against the architect under the novated retainer.

Unfortunately, because the retainer was never sorted out, there was never any novation. The contractor is left trying to make claims against everyone based on implied terms, misrepresentation, negligence and anything else he can think of. Relationships deteriorate, and from this time on nobody can agree about anything.

This may seem all rather far-fetched and unlikely to happen in practice. OK, I admit that it’s not a real case. The real cases (and I have recently had to deal with two on similar lines), were considerably more complicated and contentious.

If you are going to play the design-and-build and novation game, you must make sure that all the paperwork is in place right from the start.