Early conciliation: We can work it out 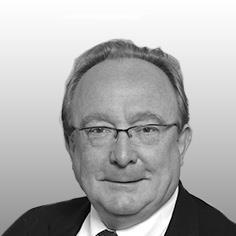 Under current employment practices, when employer and employee cannot make headway in a dispute, often the only road to resolution is the solemn trek to the employment tribunal. But from 6 April, this gloomy outlook is set to lighten up considerably via a statutory stop-off at the earlyconciliation service.

Under the new rules, every prospective tribunal claimant will have a statutory duty to contact Acas, the advisory, conciliation and arbitration service, before lodging a claim under the employment tribunal system. Both sides will be invited by Acas to undergo early conciliation, a free service underpinned by a legislative framework set out in the Enterprise and Regulatory Reform Act 2013. Early conciliation aims to settle disputes quickly and without substantial cost, on the basis that most cases will never need to set a date for a tribunal hearing.

The duration for the Acas early conciliation process is one month, extendable by up to two weeks if there are reasonable prospects of achieving a settlement. It’s also a straightforward process: claimants’ and respondents’ names and addresses will need to be supplied to Acas by phone or via a dedicated online form, and Acas will then make “reasonable attempts” to contact both parties and set up the negotiations. If conciliation is not reached, or refused by either party, Acas will certify that the process is complete and the claimant will then have the opportunity to lodge a tribunal claim.

On average, 90 hours are spent preparing and gathering information for a tribunal

As businesses begin the process of economic recovery, many firms are still dealing with the legacy of the recession, such as increased numbers of unfair dismissal claims and cases relating to notice and redundancy pay. According to figures from the Department for Business, Innovation & Skills (BIS), tribunal claims in the UK in 2011-12 amounted to 186,300: 23% higher than 2008-09, at the beginning of the financial crisis. Larger employers who may have a history of multiple claims in recent years can look forward to significantly decreased expenditure when defending themselves against employee claims under early conciliation.

Even if the case is struck out or successfully defended by the employer, defending a tribunal claim is generally at significant cost to the company in terms of time, fees and resource. On average, 90 hours are spent preparing and gathering information for a tribunal, with the typical cost of legal advice standing at around £5,000 per claim and £3,000 on average for representation at the hearing. Not a fun day at the office for any employer, but for small businesses, this kind of sum is a major concern.

Conciliation at an early stage is well established and extremely effective in the electrical contracting industry, where the practice has been in place through the Joint Industry Board (JIB) for over 40 years. In 2012, a whopping 99% of cases referred to the JIB dispute resolution service were successfully resolved. The JIB is the independent body jointly set up by the Electrical Contractors’ Association and Unite to support good relations between employers and workforce.

It is a success because all the parties have bought into it - employers, unions and employees - and it is very low cost. The JIB works closely with Acas and BIS and this tried-and-tested model is very much a precursor to the Acas early conciliation service.

Firms of all sizes stand to benefit from the introduction of early conciliation, but of course its biggest beneficiaries will be small businesses that don’t have in-house legal expertise, access to third-party professional services or a ready cash flow.

But early conciliation not only offers relief from the financial stress and resource burden felt by small businesses; employment relationships tend to become personal in a tribunal scenario, and its introduction will provide a buffer against painful personal worry on the part of small business owners who would otherwise find themselves faced with a tribunal hearing.

Parties who sign up to early conciliation generally form two sides in a genuine case who just need the right assistance in order to co-operate and work towards getting to the other side of the dispute quickly and in a civilised manner. Early conciliation is a win-win for all and should bring much relief to the tribunal system as disputes begin to be resolved sooner and without the weight and cost of the tribunal court.