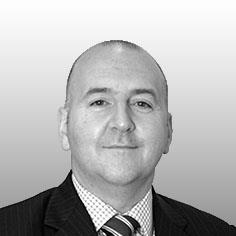 British Airways plc (BA) maintained a pension scheme which was managed by Mr Paul Spencer and eleven other trustees. The trustees exercised an independent function but were required to comply with the scheme rules when exercising their discretion to manage the scheme funds.

During 2010 the UK government decided to change the method for calculating pension increases for public sector workers. From 2010, the Consumer Prices Index (CPI) was to be used instead of the Retail Prices Index (RPI). The RPI usually rises faster than the CPI meaning that pensions were likely to increase at a slower rate.

During 2013 the trustees made a number of decisions including a decision to increase pension payments by more than the increase that would have been allowed had the CPI been strictly applied. When making these decisions, the trustees retained an actuarial expert, a Mr Pardoe, to provide them with advice at various times during 2013.

BA challenged the decision to award an increase contending that the trustees had failed to give proper consideration to the exercise of their discretion, that the discretion had been exercised for an improper purpose and that the scope of the actuarial advice the Trustees received had gone beyond the scope of advice upon which a professional actuary could advise.

A case management hearing took place on 8 December 2014 before Deputy Master Cousins. The Deputy Master considered that the principal issue raised by BA was one of “pre-determination” - that the trustees had decided to grant an increase in any event and had consequently tailored Mr Pardoe’s advice to support that pre-determined conclusion. BA submitted that expert actuarial evidence would assist the court by establishing what advice could be given and acted upon

However the Deputy Master concluded that these were matters of fact and law and he declined to make an order for expert evidence.

Was the Deputy Master wrong to deny BA the right to adduce expert evidence to challenge the decisions made by the trustees with the benefit of the advice from Mr Pardoe?

The judge noted that the starting point should be CPR 35.1 which states that expert evidence shall be restricted to that which is “reasonably required” to resolve the proceedings.

The judge said that the correct approach was to consider whether the expert evidence was necessary in the sense that a decision could not be made without it. If so the evidence must be admitted. If the expert evidence is not determinative but is provided primarily to assist the court to understand some arcane issue then a balance has to be struck and the proportionality of the evidence assessed. Striking that balance would require the court to take into account other factors including the value of the claim, the effect of a judgment either way on the parties, who is to pay for the expert evidence on each side and the delay, if any, which admitting such evidence would entail, particularly if the trial date becomes threatened.

This decision confirms that for the purposes of CPR 35 expert evidence should be admitted if it is necessary to resolve issues and may be admitted in order to assist the court to understand the issues as long as it would be proportionate to do so.