Jack Pringle looks back at what’s been achieved at the COP26 climate conference and what is just blah, blah, blah 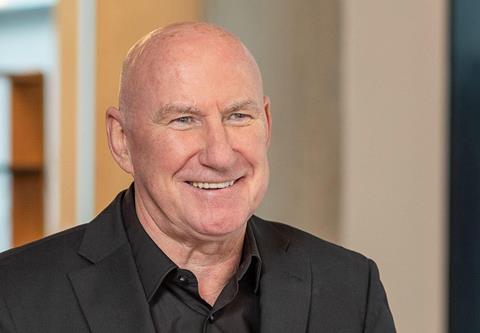 I know four US presidents have been assassinated (Lincoln, Garfield, McKinley and Kennedy) and two more shot (Roosevelt and Reagan) but their security services surely overreacted a bit for Biden’s European tour to Rome and Glasgow this month. Five aircraft including a 747 (Airforce One), and a few Globemasters carrying helicopters and up to 85 vehicles, including two “Beasts” one as a decoy. The flights alone emitted about a thousand tonnes of CO2. Some irony there. I suppose that’s one way of showing who’s boss.

COP26 finished only a day late with the issue of the “Glasgow Climate Pact”. Was this a kiss from Glasgow to the planet, or a Glasgow Kiss from the last chance saloon?

The communique has 97 clauses each starting with a key phrase eg; noting, or acknowledging, or appreciating or welcoming or urging. Precious few start with deciding, so reading this list of mainly non-binding platitudes and truisms it is difficult not to agree with the Swedish teenage scourge of world politicians, Greta Thunberg, that its all blah, blah, blah – especially as China’s president Xi and Russia’s president Putin didn’t even attend - they voted with their feet and stayed at home.

Most of the CO2 budget, or allowance, set at Paris has already been eaten up

Perhaps that’s harsh. The Paris Agreement set a target of holding global warming to “well below 2oC and to try to limit it to 1.5oC above preindustrial levels” and the mantra at Glasgow was “keep 1.5 alive”. That’s clearly critical. Here’s my take on the Pact.

Its organised into eight chapters each on a different aspect of the challenge. It starts reaffirming the importance of heeding the science and how urgent everything is getting. Too true, most of the CO2 budget, or allowance, set at Paris has already been eaten up.

Then it deals with adaptation. Basically its happening already and going to get worse even if it does not go past the tipping point. By some reckoning 85% of the world’s population will be affected come what may.

Then it deals with adaptation finance, that’s the rich countries paying for the effect they have caused on the poor countries. This isn’t going well, the $100bn promised at Paris has not been paid, will not be paid for another few years and by is only half what is needed. Some say a fifth or even a tenth of what’s needed.

Then there is mitigation, ie what we are doing to stop climate change and the rise above 1.5oC. Well, it was agreed to step up the pace and instead of all countries reporting on a five year cycle its now to be a two year cycle. That’s a result.

Then there was the big win which was over coal. The pact talks of “accelerating efforts towards the phase-down of unabated coal power and inefficient fossil fuel subsidies ….” Basically India and China are fueling their rapid economic expansion through coal fired power stations, just like we did, which is cheap and dirty and they are going to continue to do so, for quite a while.

On loss and damage the pact admits that “the countries that contributed the least to climate change will suffer the most.” And “urges” developed countries to provide additional support to the developing world. It also “welcomes” “the further operationalization (sic – the Glasgow Pact is written in American) of the Santiago network”. This sounds like an achievement as the Santiago network is a technical assistance programme to help countries deal with loss and damage and funds will now be provided to it.

But the “Glasgow Dialogue between parties” protocol held back from holding wealthier countries accountable for payments for loss and damage to poorer countries. On the final implementation and collaboration sections section there is lots of “urging”, “welcoming” and “acknowledging”, some references to some side agreements (possibly the way forward) but little new binding commitment.

So, no China, no Russia, a bit on coal, a bit more money promised, some acceleration of plans but no big deal. No cigar?

Where are we? The West, ie North America and Western Europe have finally got the will to act, but have their hands in their pockets. But, until China and India fully commit, we are headed to a 2oC+ hike in temperature with likely catastrophic results beyond a tipping point. We could fix this now with a few hundred billion dollars but, if we wait, even trillions of dollars won’t fix it.

Good COP, or cop-out? Regardless, we have no choice but to press on decarbonising our economy and helping to pay for others to do the same. Its going to be tough but there’s no planet B, so no plan B.

Chair of the RIBA trustee board, Jack Pringle is co-founder of Studio Pringle and was principal and EMEA regional director at Perkins+Will for eight years

You can hear interviews recorded at COP26 in the Building Talks Net Zero podcast out on today. Interviewees include Gregor Craig, Skanska UK chief executive, Hannah Vickers, Mace chief of staff, and Sarah Linnell, engineer at Cundall, who chaired the CLC event last week.
>> Click here to find out more and for details of how to subscribe to the series