Green Deal must be affordable 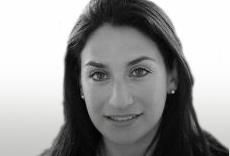 On paper the scheme sounds good. It’s designed to be a pay as you save scheme where homeowners and businesses can install measures such as insulation, lagging, boilers and double glazing with no upfront cost. The measures are paid for over a period of up to 25 years, through the savings expected to be made from lower energy bills. If successful the scheme will create jobs, lower household energy bills and reduce our national carbon emissions.

Unfortunately thanks to ministerial missteps, legislative delays and constant uncertainty it is looking more and more likely that the Green Deal won’t live up to this exciting potential. Just days before the scheme’s launch, essential elements were not in place and the government is risking failure, with a catastrophic impact on what should be a vital growth sector for the construction and insulation industries.

Labour has been warning for months that the Green Deal will only be successful if the public know for sure that they will save money. Ministers in DECC have ignored these warnings.

Yet it doesn’t have to be this way. Pay as you save schemes have been proven to work in other countries, when they’re affordable to homeowners and tenants. Germany for example has a green loans scheme which refurbishes 100,000 home every year.

The German scheme is affordable (annual interest rates are around 2.65%) because the money is made available at low cost to commercial banks through the state-owned bank KfW. Despite Nick Clegg saying in a speech on 11 April 2012, “We’ll ensure customers are never charged more for the home improvements than we expect them to make back in cheaper bills.” The government is rejecting a similar approach to Germany and is instead relying largely on commercial loans. DECC have said as a result they expect interest rates on Green Deal finance to be at least 6.9%.

I don’t know many people in my constituency who would be tempted by that ‘offer’. And it seems like many others feel the same way. Recent figures show just five people have had their home assessed for a green deal package, despite that element of the scheme opening back in October.

It’s not like the government didn’t see this coming. After all, their own impact assessment shows that under the Green Deal they expect loft insulations to fall by 83% and the number of cavities to drop to 43% this year.

This will have a devastating impact on the sector. The Insulation Industry Forum is predicting that 16,000 jobs will be lost between now and the end of the year and their most recent figures show that in the past two months alone 4,220 jobs have already gone. The government cannot allow this situation to continue and need to act now.

If done properly a pay as you save scheme would mean more jobs, lower energy bills and less carbon emissions. Yet despite this DECC seem determined to ensure that the Green Deal fails even before it has started. Minsters need to support the insulation industry and prevent a gap in demand by ensuring that affordable finance is available for all under the Green Deal. If they don’t this golden opportunity will be lost.