Housing crisis facing a crisis of its own - recruitment

As an industry, we are at a crossroads, and unless we can find a way to solve the recruitment problem and make construction more attractive, we have a problem 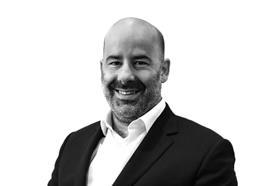 It’s crunch time for UK construction, if a new government report on labour trends in our sector published this week is anything to go by.

What was very clear from the report, Migrant labour force within the construction industry, is that the housing crisis will soon be facing a crisis of its own: recruitment. The report’s key finding makes for grim reading – the UK construction’s workforce is ageing, and isn’t being replenished at the required rate.

Our sector is seen as, well, a bit dull. Construction or coding? The hard hat and high-vis jacket stereotype is not helpful, and even the government’s apprenticeship levy has failed to translate into a surge of new construction apprentices

In short, once a significant percentage of UK construction workers retire, and that day is approaching quicker than many of us think, our sector will seriously struggle.

Headline writers like to describe this sort of long-term challenge as a demographic time bomb. That may be over-dramatic, but there’s no getting round the fact that as a sector we’re failing to attract enough fresh blood.

Partly, this is a legacy of the global financial crisis when the market collapsed, alienating a whole generation of potential construction workers in the process. Thousands of existing construction workers lost their jobs, and would-be recruits were put off applying as vacancies dried up.

And partly it’s because our sector is seen as, well, a bit dull. Construction or coding? The hard hat and high-vis jacket stereotype is not helpful, and even the government’s apprenticeship levy has failed to translate into a surge of new construction apprentices.

What young blood there is in construction, the report found, is increasingly coming from EU and non-EU countries. But with Brexit looming, that demographic could disappear at the same time as the older UK hands retire.

Conclusion: our industry is facing a double whammy.

A final wake-up-and-smell-the-coffee moment in the report was how the London construction sector is particularly exposed to potential fallout from Brexit — more than a third of construction workers in the capital are from EU and non-EU countries, significantly more than any other area of the UK.

So what does all this mean for the UK construction sector? Well, for me, there are a couple of obvious knock-on effects. The first is that, unless something is done, and fast, there will be a material slowdown in the pace at which we are building new homes – not exactly what’s needed given the extent of the housing crisis. This will potentially drive prices up even further and put the first rung of the property ladder even more out of reach for many households.

The other knock-on effect, if Brexit does make it harder for overseas workers to take up jobs in construction due to increased red tape and potential costs, will be to make it a lot more expensive to build full stop. And in London both of these trends will be amplified, potentially significantly.

For me, it’s vital that everyone in the construction sector understands this because the potential cost increase of workers during the decade ahead could be significant. Failure to factor this in could be disastrous commercially.

Of course, rising labour costs and red tape aren’t just bad for builders but for end buyers, too, as some or all of the cost will potentially be passed on.

As an industry, we are at a crossroads, and unless we can find a way to solve the recruitment problem and make construction more attractive, like Houston, we have a problem.