How the OFT went OTT

The penalties dished out by the OFT over cover pricing did more harm than the offence they sought to punish. Now the fines have been reduced by 90% and it’s time to move on

Kier, Ballast Nedam, Bowmer & Kirkland, B&K Property, Corringway, Thomas Vale, John Sisk and Sicon were all fined whopping sums by the OFT last year. The appeals tribunal reduced them all by 90%. The judgment does not say no harm was done by getting a cover price, but comes within a gnat’s whisker of saying so. And if nobody truly suffers by getting a cover price, the same can’t be said for the millions of pounds in fines, can it? If the end customer does suffer because of a cover price, they would have felt a blast of cold air when all those millions in fines were passed on in the price. And given that 90% was swiped off the fine, there is a real chance now that nobody will pass on the grief to the end customer since someone will say, shall we just move on? The original fines caused more harm than getting a cover price.

My guess is that the OFT never did get its mind around getting a cover price. They put the wrong label on the bottle, and called it bid-rigging. Oh dear, bid-rigging is hardcore stuff. The Court of Appeal called it “simple” cover pricing but the whistleblower who tipped off the OFT in 2004 alleged collusion in the bidding process for a Nottingham hospital. So began the biggest rigging hunt of all time. The OFT swooped on 63 construction companies, and its investigation claimed that more than 1,000 companies had colluded via 4,000 tenders. “Unlawful!” it yelled. The constructors said, “Tish tosh, we’ve always done this.” Textbooks on construction talked of it with approval. The OFT narrowed its sights to 122 companies with three instances of cover pricing, and then played the card that says: “Get a 25% discount today by admitting guilt”. Some caved in. Others argued. The snag with the OFT is that, having become the policeman, it then becomes the prosecutor, jury and judge. It levies the fines. The biggest single fine was £17.9m for three instances of getting a cover price. All in all, the OFT punched a hole in the construction industry coffers the size of £129.2m.

The Competition Appeal Tribunal spotted the flaw in the OFT’s approach to fines.

Much of the so-called calculation of the fine goes to the seriousness of the offence. The prohibition and fine apply to agreements or concerted practices that have as their object or effect the prevention, restriction or distortion of competition within the UK. The OFT seems to have overlooked The Effect. Now then, the effect of hardcore bid-rigging is price fixing. It’s a conspiracy of all bidders so that one outfit wins at an inflated price and gives a divi to the pretend losers. That is ever so serious. Out of the 4,000 bids, the OFT found six rigged bids. But cover pricing is at the other end of the scale. “Simple” cover pricing is when an unwilling bidder goes about making sure he doesn’t win. He phones an estimator in another bidder’s office. Nobody reveals the keen price. The unwilling bidder is simply told what to price at to lose. Without the phone call there is no unlawful act. The OFT worries that the bidding process becomes distorted, and that the outfit giving a cover will be emboldened in his price. Well, in real life giving a cover price makes no difference to the frantic, near-suicidal price calculating that goes on when that firm wants the job.

These first appeals resulted in 90% discount on the OFT fee calculation. Something went wrong at the OFT level. It doesn’t take much to work out what should happen with the remaining appeals. And then, we can finally move on. Agreed? 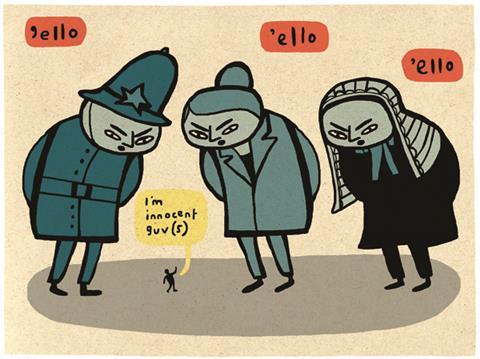