Is an integrated EU an oxymoron?

The EU is a fount of silly, restrictive and ineffective regulation 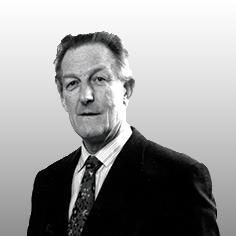 Twenty years ago Tony Blair launched his “service economy” to win votes and financial support from the City. Little did we realise at the time that it would soon mutate into a “parasite economy”, dominated by independent consultants or “entrepreneurs” taking a turn on real industry’s earnings, without adding any value to the end product. This has dragged down productivity, adding unnecessary costs to real businesses and increasing prices for its customers.

The parasite economy’s corrosive influence has now extended to most areas of commerce; claims law, insolvency, insurance/private pensions, the regulatory public sector and in particular, construction.

In 2014 the 20 largest UK contractors of “real construction” averaged a net annual profit of around 2.3%, far too low to attract meaningful external investment, while the larger “virtual construction” consultants were declaring profits of anywhere from 10 - 30%. All in a period where the costs to clients of completed buildings had been rising annually at 2.5% above inflation. This is Alice in Wonderland stuff!

It is now widely accepted that the division of our industry into “virtual” and “real” construction and the consequent fragmentation of the design and construction process is the principle cause of product cost inflation and the inefficiencies and waste that have trapped the real producers in economic “slavery” of the virtual supervisors.

Common sense and several government reports over the last 50 years have told us that unambiguous integration of the process and industry is the only way to stop this rot. A code of practice for Integrated Design and Construction-Single Responsibility (IDCsr) is now available (Building, 26 February 2016).

It sets out how collaboration between construction managers, designers and suppliers through total integration of the process can (among many other things):

Yet despite the many benefits to the industry, its clients and the economy, the virtual construction “establishment” does not want process integration.

It has obstructed all attempts to seriously integrate design and construction since the early 1990s.

In the 1980s and 1990s the UK government was championed as the “developers friend” because it was renting otherwise empty office blocks on long full-repairing leases at good rents. Today, it is the EU that is lauded by consultants as Virtual Construction’s saviour (see Jack Pringle in Building 22 April 2016) because the EU is the fount of most of the silly, restrictive and ineffective regulation, that feeds the parasite economy at the expense of the real producers and their customers.

That’s another good reason to escape from the undemocratic, bureaucratic and incompetently run EU. I’m definitely voting for Brexit.