Is the circular economy the way forward? 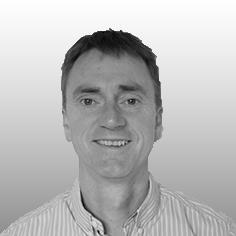 It is predicted that, by 2030, three billion people who are currently living in poverty will join the middle-class level of consumption, which would create a corresponding surge in the demand for resources. Even the more conservative projections suggest that demand for natural resources will increase by at least a third.

The construction industry demands around half of the world’s resources and generates around a third of its waste, so it is no wonder that policy makers and industry experts are searching for new approaches that move away from the linear model of ‘take, make, and dispose’. Many are looking to a new model, a ‘circular economy’, where resources are kept in use and their value is retained.

There are some developers who are already embracing the ideas of the circular economy and applying them directly to their projects. Park 20|20 is the brainchild of Delta Development’s CEO, Coert Zachariasse. The buildings have been consciously designed to allow adaptation to extend the life of the building and for disassembly at end-of-life. And rather than this costing more money, Zachariasse has used a collaborative model to reduce supply chain costs and construction time, saving himself 18% of the project budget in the process. He offered the contractor an increased profit margin in return for complete visibility of the supply chain. He then engaged directly with the manufacturers at the start of the design process and encouraged them to create innovative solutions that met his stringent demands.

One of the key innovations was the development of a pioneering flooring system called SlimlineTM which consists of a precast concrete ceiling integrated with steel beams and a sub-floor that allows access to the service void created by the steel beams. The floor is designed to be modular with dry connections so it allows sections to be removed or added, allowing staircases to be reconfigured without having to break up screed and deal with structural issues. The system, as the name suggests, also provides a slimmer floor sandwich than conventional construction and uses considerably fewer materials, providing a weight saving for the whole building.

The buildings at Park 20|20 are all fully let on completion and Zachariasse’s figures show that they are commanding ‘a 70–80% higher rental than the buildings on the other side of the dyke’. The certified materials are healthier for the occupants as they do not contaminate the air with volatile organic compounds (VOCs).

This collaborative approach has reduced construction time. Crucially, the cost of refitting and adapting the spaces is lower and requires less time. This should mean lower rates of depreciation and could perhaps help to sustain higher rental yields. Finally, Zachariasse’s figures demonstrate that designing for disassembly can provide a positive residual value at end of life, as the value of the highly-accessible materials is greater than the demolition costs.

Buildings that are cheaper to build, easier to let, command a higher rent, easier to adapt and give a last kick-back at end of life – what’s not to like?