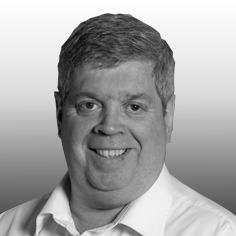 Well here we go again! We can see a light at the end of the recessionary tunnel and we are reasonably confident it is not a train coming the other way – so we are all happy right?

Actually the answer is yes and no. ‘Yes’ because clients and banks seem to be growing in confidence and the government must soon take the brakes off in its bid to get re-elected, so that is all very positive for both the private and public purses. But the ‘no’ part is a big one.

This recession has been the worst in living memory and it has just about decimated the professions and construction supply chains with hundreds of thousands of jobs lost and thousands of companies going to the wall as well. At the same time school leavers have been voting with their feet in terms of take up for construction and property-related courses and have opted for more secure sectors – and who can blame them.

A high percentage of skilled tradesmen who have been let go will choose not to return to construction and all this adds up to one thing – a drop in the capacity available to carry out the work in a rising market. The domino effect of this is to push up prices, as evidenced by recently forecasted costs in the house building sector that has seen bricklayer costs rise by 20% in six months.

There is a direct correlation between a lack of capacity and the ability of the trades supply chain to increase costs and the likelihood is that trades on a fixed price for a project will, on occasions, take the decision to walk from a project in favour of better rates down the road because their loyalty has been beaten out of them for so long with their margins being tightly squeezed at the same time as payment terms being stretched.

So what can we do about it? Well, first of all the professions need to forecast reasonable levels of inflation into client appraisals to ensure there is a realism with scheme viability; furthermore on-going schemes need to remain alive to the need to incentivise trades on deliverables to halt the likelihood of disruption down the line. But most of all we need to kick start an effort to make construction and property sexy again via school work experience, apprenticeship schemes and professional bodies such as RICS and RIBA need to do more outreaching than they currently do to promote the professions.