With men making up the vast majority of the construction industry, a fair conclusion is that it is male behaviours around mental health that most need to be tackled: by training people in non-judgmental listening and saying it is “OK not to be OK”. 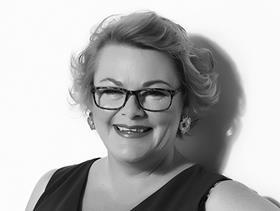 The last few years have seen huge activity in making it acceptable to talk about mental health in construction. Light bulb moments include the discovery that low-skilled workers in construction had a suicide risk 3.7 times the national average in 2011-15, according to ONS data, and the figure that in the UK in 2016 you were 10 times more likely to die from suicide than working at height. The health and safety profession realised they had been “shouting safety and whispering health”, as Steve Hails of Thames Tideway put it. Since then a real commitment has emerged among industry leaders to make a difference.

This commitment has led to a huge number of training initiatives, such as Building Mental Health, the free industry-wide framework and charter to tackle the mental health crisis in the construction, and the British Safety Council supported Mates in Mind. Both focus on general workforce education and mental health first aid (MHFA).

Mates in Mind has an ambitious goal – to reach 100,000 workers in its first year and by 2025 to have reached 75% of the construction industry. Meanwhile, Building Mental Health has grants from the CITB to train mental health first aid instructors in the industry for free, allowing businesses to do their MHFA training in house.

Such training programmes cover not just the signs and symptoms of mental ill health, but also more broadly what good mental health looks like and how to safeguard your own. With men making up the vast majority of the construction industry, a fair conclusion is that it is male behaviours around mental health that most need to be tackled: by training people in non-judgmental listening and saying it is “OK not to be OK”.

Where does responsibility for this sit in your organisation? Often it is with health and safety, which should start from the premise that the optimum place to start with risks is to design them out. Where that is impossible, we look at rules and regulations, at training behaviours. Overlaid on all of this is culture.

A further piece of complexity is that the regulatory requirements which the company will primarily be concerned with in relation to mental health (the Equalities Act 2010) sit in the HR domain. Often in high-risk industries, health and safety and HR do not work so closely together

It is worth differentiating between the issues around someone being able to declare a serious mental illness such as bipolar disorder and be treated fairly by the business, and the hugely common issue of an individual dealing with too much stress, leading to anxiety and depression. The latter is the area we need to look to focus more systemically.

There are three key areas to work on in relation to tackling the “too much stress” issue. There is the individual themselves – what is going on in their life, and their own resilience and capacity to deal with stress which can be built through education and self-management. Then there is the manager: do they know how to have a conversation with someone who is struggling, including what their legal duties are? Finally there is “the organisation”.

One of the most underutilised piece of health and safety regulation is the requirement to also risk assess within an organisation for stress – and then act on the results. The HSE management standards for stress look at six key aspects of stress within an organisation: demands, control, support, relationships, role and management of change. The standard goes more or less unenforced: what do you do when the results show that your software systems cause stress because they are not fit for purpose, your teams are overloaded with work, and your managers are bullies?

But if we are to address mental health in the workplace, ought we not to be understanding the root causes of stress within it? Does it not make sense to build our strategies on data where we have it? Some organisations such as Mace are trying this out. Dr Judith Grant, director of wellbeing, has just implemented a 100 question survey which references the HSE management standards for stress. She says: “The survey, in November last year, has enabled us to better understand the overall wellbeing of our workforce. We found a correlation between productivity and wellbeing which helped in the development of the business case for a five-year plan for health and wellbeing aligned to the overall business strategy. We have also now identified areas to focus on in our plan and our programme and associated training for next year is built around those. We are looking forward to carrying out the survey again in November this year.”

Mount Anvil has also done work on looking at root causes of stress in the organisation and focused its efforts around that. Simon Walker, HSE director, says “With a contractor base of more than 75% migrant workers, our evidence showed that being away from home and family was a key issue. We instigated Skype booths in quiet places on site in order to allow that feeling of connection with home. We also know that finances are an issue and we brought a money doctor on board who sat and helped guys, some of whom were about to lose their house”

Systemic issues in the construction industry

It is hard enough for any large organisation to have a systemic approach to stress management but in the UK construction industry there are a range of industry-wide issues, including fatigue and pressure in the face of tight deadlines. The movement away from direct employment has also created pressure on low-skilled workers, who may not know whether they will have a job next week. This is even harder if you are a migrant.

Training is important, but we also need a systemic approach in construction which starts with the way projects are designed. Initiatives here include joint partnership approaches such as at Dudley College, which trialled a new form of procurement, integrated project insurance, which had a revolutionary impact on the project team as they were no longer trying to pass the risk down the supply chain but instead could work collaboratively towards the most cost-effective solution.