It's the climate, stupid

While we’re belatedly panicking over carbon emissions, let’s remember it’s not just about new construction – there’s a lot of refurb work to do 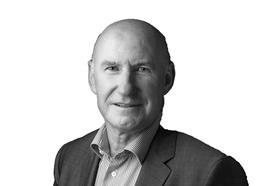 The perfect storm (pun intended) hit the UK this Easter, as record temperatures coincided with David Attenborough’s television programme Climate Change: the Facts, Extinction Rebellion’s takeover of London and Swedish teenager Greta Thunberg’s extraordinary initiative and eloquence. This must have given anyone with any sensibility pause for thought.

If the tipping point is reached and passed in 10 years’ time, will we be embarrassed by a similar question to that posed by Savile Lumley’s fictionalised children to their father in his famous First World War poster: “What did you do in the Great (Climate Change) War, Daddy?” – or Mummy, indeed. The answer might be “not enough”, or “too little, too late”.

It’s relatively easy to achieve low-energy new buildings through regulation and self-certification, but we have many more gas-guzzling buildings already out there that need upgrading

At Perkins+Will, right from when we first started our office back in the 1980s, when it was Pringle Brandon, we’ve had an inelegant management maxim that has served us very well: “get your panicking in early, because it’s no use panicking after it’s too late”. Curiously, Greta Thunberg is saying the same thing – almost word for word.

In truth, awareness of the need for low-energy design, the control of greenhouse gas emissions and the potential resultant climate change has had its ups and downs in the UK. In the 1970s architects led the way following the 1973 OPEC‑spawned energy crisis. People like Dominic Michaelis and firms such as Energy Conscious Design (ECD Architects) pioneered solar power and passive design. It was exciting, fashionable and chic – and of course in the wake of Buckminster Fuller’s ideas about “spaceship earth”, Lords Foster and Rogers became lifelong advocates of low-energy design.

However, the 1980s brought cheap and plentiful energy again, and interest in low-energy design and technology seemed to wane. But the 1990s brought BREEAM (in 1990) and the Kyoto protocol (thank you, John Prescott), which came into effect in 2005, shortly followed by Al Gore’s magnificent PowerPoint on global warming, An Inconvenient Truth. 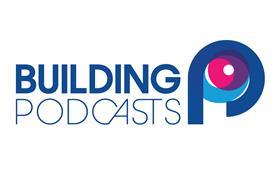 Hear from Jack Pringle in this week’s Building podcast, out now. You will be able to listen at building.co.uk/podcasts or on iTunes, Spotify, Stitcher, or wherever you get your podcasts

I suggest we develop a systematic method of decarbonising our existing building stock and persuade policy-makers to help roll this out across the country. And here’s the good news: there’s lots of work nationwide in this

When I was elected president of the RIBA for 2005-07, I was enthusiastically supported in putting climate change back on the agenda. It wasn’t my central concern as I was elected on a mandate to reform PFI, but I was shocked that it had slipped off the RIBA’s agenda and the need to reinstate it seemed obvious.

Everybody, including the UK government, seemed at last to “get it” and a raft of public policies were put in place, not least the Climate Change Act of 2008.

Feed-in tariffs for solar or wind power were slashed and the Soft Landings protocol to reduce the building performance gap was dropped. Most tellingly, no measures to address the key issue of decarbonising existing building stock have been successfully deployed.

Read: Electric dreams - how construction is improving its use of clean technology

This is really important: it’s relatively easy to achieve low-energy new buildings through regulation and self-certification, but we have many more gas-guzzling buildings already out there that need upgrading. VAT on refurbishment in the UK discourages maintaining old buildings efficiently and saving their embedded carbon. By contrast, in France there is VAT on new construction but none on refurbishment. The French cherish their stock. The UK Green Deal, supposedly to help homeowners improve the energy consumption of their houses via an organised construction industry supported by a green investment bank, was a farce and predictably collapsed – leaving a number of wounded participants.

We need to use this moment to renew our efforts to lower greenhouse gas emissions; personally, professionally and at a policy level nationally and internationally. I hear people saying, “What’s the point in us doing anything when the real culprits are the big developing nations burning coal and oil?” Well, there is plenty of point. First, we must lead by example to forge stronger international treaties in the wake of the 2015 Paris climate change accord. Second, the developing world has a real ability to invest in, manufacture and use new low-energy and renewable technologies. As in all things, the East and then the South will leapfrog the West.

So, what do we do first, here at home? I suggest we return to our failed task and use the dormant power of our industry to develop a systematic method of decarbonising our existing building stock and to persuade policy-makers to help roll this out across the country. And here’s the good news: there’s lots of work nationwide in this and maybe a decent profit to be had too.