JCT recently issued an updated version of its Design and Build Contract. Here is an overview of the most important changes to take note of before signing up 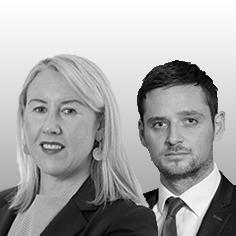 The Joint Contracts Tribunal (JCT) published the 2016 edition of the Design and Build Contract (JCT DAB 2016) towards the end of last year. The JCT issued the previous iteration of the DAB in September 2011 and the new edition has been updated to take into account, among other things, the Construction (Design and Management) Regulations 2015 (CDM) and the Public Contracts Regulations 2015. The JCT DAB 2016 has also sought to simplify and clarify the payment regime that has been the source of much confusion and, as a consequence, caused disputes.

This article is intended to give an overview of the most important changes that parties will need to take note of before signing up to a project using the JCT DAB 2016.

If there is a discrepancy or divergence, not only within the contractor’s proposals but also between the contractor’s proposals and any other contactor’s design documents, the contractor must now notify the employer. As discrepancies and divergences in project documentation can often be the subject of dispute between the parties, any change that allows for an increase in transparency as to the potential for a divergence is to be welcomed. However, in keeping with the other changes introduced in the JCT DAB 2016, this is not a revolutionary change and simply makes express the general principle that each party is responsible for discrepancies and divergences in and in between the documents for which it is responsible.

The JCT DAB 2016 edition now makes the appointment of a full-time, and competent, site manager obligatory, whereas in previous editions this had to be expressly provided for in the contract particulars. It is the contractor’s obligation to appoint the site manager, but this appointment will still be subject to the approval of the employer.

Perhaps the most important changes to understand in the new form contract are those relating to payment provisions. The changes that have been introduced in the JCT DAB 2016 are intended to be in line with the government’s Fair Payment Campaign, which is designed to improve payment practices in the construction industry. The key change is the imposition of interim valuation dates, which apply to subcontracts and also sub-subcontracts (clauses 4.72 and 4.73). The introduction of these dates will mean that, if unamended, the JCT DAB 2016 will provide for payment to be made along the contractual chain within 30 days.

Another change that will have practical consequences is an amendment to the monthly payment cycle. Under the previous edition of the JCT DAB, the due dates applicable to payments after practical completion were on a two-month cycle. The JCT DAB 2016 provides that the payment cycle will revert to a monthly cycle up until the due date of final payment (clause 4.7.2).

A small change in the JCT DAB 2016 allows either party to terminate the contractor’s employment, following a period of suspension, not only for loss or damage to the works but also for damage arising from any risk covered by the works insurance policy or an excepted risk (clause 8.11.1.3).

In line with the Public Contracts Regulations 2015, either party can terminate in a situation where the works have been suspended by the exercise of a statutory power by any local or public authority (clause 8.11.5). This will apply only in circumstances where this suspension has not been caused by the default of the contractor.

It is clear that employers will continue to insist on this amendment to the standard form. However, it does bring into question how fit for purpose an unamended contract is if this amendment is so typically found in market practice.