JVs: Out of joint

When a joint venture limited company is formed, each consortium member will often put forward one or more directors to the board. It is here that conflicts of interest can arise 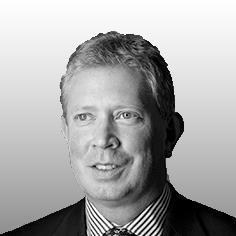 Directors of joint venture companies must be aware of their duties.

Where a consortium is formed to complete a major construction project it has become common practice for the members to form a joint venture limited company for the purpose of entering into the project documentation. Each consortium member/shareholder will be entitled to appoint one or more directors to the board to represent their interest. However, the interest of the appointing shareholder and the interest of the company may not always be the same and a director of a limited company has a legal duty to act in the best interests of the company rather than in the interest of an individual shareholder. Any failure to both understand and to act in accordance with this overriding duty can have serious consequences, including the possibility of personal liability for the company’s debts.

The Companies Act 2006 sets out seven specific duties which must be observed by directors. These are:

A director of a joint venture company is in a difficult position. They will often have instructions to vote on specific issues and those instructions may be formulated on the basis of what is in the best interests of the shareholder that they represent (who will also generally be their employer).

Problems will arise where the appointing shareholder (or another member of its group) holds a contract with the company in connection with the delivery of the project. That shareholder’s director clearly has a conflict of interest so if there are issues around performance under that contract, or regarding renewal or market testing that are being discussed, that director should exclude themselves from those discussions and should not be permitted access to the relevant sections of any board minutes or accompanying board papers.

A properly drafted joint venture agreement will recognise this and specifically exclude conflicted directors from taking part in such discussions.

Particular issues arise if the company gets into financial difficulties. A director can be made personally liable to contribute to any shortfall on insolvency where they have allowed the company to continue to incur liabilities at a time when they either knew or “ought to have concluded” that there was no reasonable prospect of avoiding insolvency.

Many construction joint ventures rely on financial support from their shareholders and, without that continued support, would become insolvent very quickly. Where that is the case then the directors should make sure that a record is made within the minutes of each board meeting that continued shareholder support has been confirmed and that there is no reason to think that such support will be withdrawn.

Because construction joint ventures often rely on shareholder support for solvency the shareholders themselves are often major creditors of the company. If they decide to withdraw support with the consequence that the company will be left to go into insolvency then the directors must avoid repaying the shareholders ahead of any equal ranking creditors. They must treat all creditors equally. A payment made to a shareholder ahead of an equal ranking creditor could be set aside as a preference by a liquidator but the consequence for the directors is that this would be a breach of their duties and amount to an act of misfeasance for the purposes of the Insolvency Act 1986. This could leave them exposed to claims against them for personal liability by other creditors.

Further, the liquidator of any insolvent company is required to make a report to the secretary of state on the conduct of the directors prior to liquidation. If there are grounds to believe that any of the directors have breached their statutory duties then the secretary of state can make an order disqualifying that person from acting as a director of any company for a given period of up to 15 years, which would not look good on your CV.

So the message is be aware that you are not simply the mouthpiece of the shareholder that appointed you. If in doubt (especially where continued solvency is in question) then always take professional advice.