Changes to the law surrounding employees becoming whistleblowers come into effect today. Here’s what you need to know 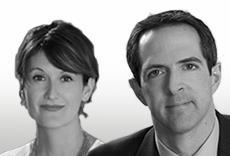 Whistleblowing law was introduced to encourage employees to speak up and raise concerns about dangers or illegal practices at work without fear of reprisal. But it has become apparent that the law in this area is not providing the protection it should and it’s being used for purposes not originally intended. As a result, the government will introduce a number of important changes to whistleblowing law today.

The first change is the introduction of a public interest test. What this means is that employees will have to be able to show a reasonable belief that their disclosure was made in the public interest. However, current laws have been interpreted to cover employees complaining about breaches of their own contracts of employment, whether or not there is any “public interest” element to their complaints. Such claims are viewed as conflicting with the original aim of the legislation, which was to encourage whistleblowers to alert others to matters of general public concern, not matters which affected them as individuals.

But the question remains: what is in the public interest? It seems quite possible that an employee could argue that complaints about breaches of their own employment contract may well satisfy this test. One suspects that this particular loophole has not been closed completely and employees will still be able to try and run an argument that disclosures about breaches of their own contracts have a public interest element.

The government has also decided to remove the requirement that a disclosure be made in good faith. Instead, motive will be taken into account at the remedy stage of a whistleblowing hearing, and tribunals will have the power to deduct a maximum of 25% from damages where bad faith is established.

Employers should take steps now to amend any relevant policies to reflect these changes. Amended policies should be communicated to employees so that they understand how the changes in legislation will affect them. Lastly, employers may want to consider providing training for line managers where relevant.