Let's apply some rigour to the zero carbon homes policy 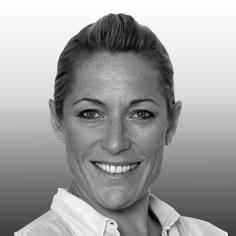 The stately fanfare, majestic regalia and impromptu swooning of a page boy at the annual Queen’s Speech earlier this month were at risk of concealing a couple of important messages for UK’s housebuilders and future home owners.

Importantly, our monarch reconfirmed the government’s commitment to implementing a zero carbon standard for new homes from 2016. These should be welcome tidings for future home owners who themselves face exponential growth in their energy bills and the awkward prospect of brown-outs at best and black-outs at worst in the years to come. It’s important to remember that the zero carbon homes policy is not just aimed at helping future generations avoid catastrophic climate change; it is also seeking to help current generations address pertinent issues of affordability and energy security. And it will do this by ensuring that a hierarchy of energy and carbon saving requirements are met by new residential schemes, including maximising energy efficiency and generating on-site renewable energy to meet the demand. So far so good.

Of course, as we know, even the most tenacious design team cannot eliminate carbon footprint altogether via energy efficiency measures, and the relative cost of on-site renewables limits their ability to fully meet energy demand. So the key to the zero carbon standard is the subsequent mitigation of any residual CO2 emissions that cannot be offset on-site in an “economically effective” manner. In such instances, the proposals issued in a government consultation back in August 2013 suggest a series of “allowable solutions” ranging from near-site CO2 mitigation projects to purely financial investment in a third party carbon offsetting fund. Herein lies the crux of the debate: many fear the flexibility of the framework will not achieve the scale of carbon abatement that it once promised.

Fifteen or so years ago, when carbon offsetting schemes were still in their relative infancy, those of us advocating sustainability among property developers would apply a strong note of caution around the use of offsetting altogether

But why wouldn’t it? Fifteen or so years ago, when carbon offsetting schemes were still in their relative infancy, those of us advocating sustainability among property developers would apply a strong note of caution around the use of offsetting altogether. After all, could this not be seen merely as a means of “buying one’s way out of the problem”? Now more than a decade later, there has been a proliferation of the most demanding and rigorous standards and protocols governing the calculation of emissions, credits, allocations and environmental, social and economic impacts of carbon offsetting schemes.

One such example is the Clean Development Mechanism, which certifies only the most rigorously evaluated carbon reduction projects in the developing world as carbon credits (or certified emissions reductions) verifying their validity and credibility as offsets. If but one such standard were to underpin the “allowable solutions” framework as it is due to be defined within the forthcoming UK Infrastructure Bill, the UK housebuilding industry should be well on its way to achieving zero carbon status, which would be a major step forwards.

Only one small problem remains. And this one was buried deep in the Queen’s Speech. Small housing developments may not have to comply with the zero carbon standard after all. While the precise definition of “small developments” has not been confirmed, it is mooted that size in this case may be determined by the number of dwellings on a site (e.g. fewer than 50). This has prompted all sorts of media scares that larger developers will simply parcel up their sites into smaller plots to avoid having to comply with the zero carbon standard. While this may be an unintended consequence, JLL’s own research into these larger housebuilders suggests that many of them have journeyed far to put sustainability right at the heart of their business strategies (see http://nextgeneration-initiative.co.uk/). So it would seem unlikely and somewhat unfortunate if they were to take such a backwards step now, as the playing field finally becomes even.

Personally, I would be very concerned if such an exemption were to affect a substantial proportion of the market, if the definition of “small developments” encompasses 15-20% of our national housing supply. Let us be true to the spirit of “zero carbon homes” and apply it with rigour, consistency and vision to truly transform our much needed housing stock.