This case, before Mr Justice Stuart Smith, looks at the Pre-Action Protocol for Construction and Engineering Disputes when issuing proceedings to protect a limitation period 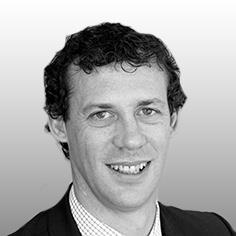 Lincolnshire county council (“Lincolnshire”) outsourced its architectural services to Mouchel Business Services Limited (“Mouchel”) under a contract by deed dated on or about 3 April 2000. Thereafter, Lincolnshire instructed Mouchel to carry out the design of an extension to a science block at Boston Grammar School. R.G. Carter Building Services Limited (“RG Carter”) was the main contractor.

Works on the ground slab were carried out before the end of 2001 and practical completion was achieved on 28 March 2002. About a year later it became apparent that the building had problems with rising damp. Correspondence between the parties about the defects started in 2009. By April 2011, the governors of the School had asked Mouchel and RG Carter to accept responsibility for the defective damp proof membrane and for all subsequent remedial works.

In August 2012, Lincolnshire instructed its Legal Services Department (‘LSL’). Lincolnshire’s consulting engineers then undertook intrusive investigations and in February 2013 produced a report which concluded that Mouchel’s design was “fundamentally flawed”.

Lincolnshire issued proceedings against Mouchel and RG Carter on 19 July 2013, without having first complied with the Pre-Action Protocol for Construction and Engineering Disputes (“the Protocol”). Lincolnshire also applied, without giving notice to the other parties, for a two month extension of the usual time of four months allowed for service of the Claim Form and Particulars of Claim, on the grounds that it needed time to complete the steps required by the Protocol. Lincolnshire did not apply for any other directions. On 23 July 2013 Akenhead J granted the extension to 18 January 2014.

Lincolnshire took no steps to progress its claim or the protocol procedure until 11 September 2013. Lincolnshire sent a Protocol letter of claim to Mouchel on 3 December 2013. On 19 December 2013, LSL asked Mouchel’s solicitors to confirm whether there was sufficient time for Mouchel to respond and attend a meeting before 18 January 2014. Mouchel’s solicitors replied the following day that Mouchel would respond in accordance with the Protocol, i.e. within 28 days of receipt of the letter of claim, and would be available to attend a meeting during the week commencing 13 January 2014. Mouchel replied to the letter of claim on 24 December 2013.

On 23 December 2013, Lincolnshire made another without notice application for a further extension of time for service of the Claim Form and Particulars of Claim. On 15 January 2014, Mr Justice Edwards-Stuart extended time to 18 April 2014 and gave Mouchel permission to apply to vary or discharge his order. Mouchel applied to set aside the order.

What is the correct procedure under the Protocol when issuing proceedings to protect a limitation period?
Should the order of Mr Justice Edwards-Stuart extending time for service of the claim form and particulars of claim be set aside?

With regard to the first issue, the judge held that while an application for an extension of time for serving the claim form may be made without notice pursuant to CPR 7.6, a party issuing his/her proceedings to which the Protocol applies, but who does not comply with the Protocol because his/her claim may become time barred, is obliged by paragraph 6 of the Protocol to apply to the Court on notice for directions as to the timetable and form of procedure to be adopted. Lincolnshire had not done this.

With regard to the second issue, the judge held that no reason had been advanced for Lincolnshire’s failure to apply on notice for directions when it issued proceedings in July 2013 and there had been a lack of urgency in progressing the claim and the Protocol procedure. There was no good reason for an extension of time to be given. The judge set aside the order of Mr Justice Edwards-Stuart and struck out the claim against Mouchel because it had not been validly served within the time of validity of the Claim Form.

There are two passages in the judgment which provide a stark warning to parties and practitioners faced with the impending expiry of a limitation period, both in general and specifically where the Protocol applies:

“1. Where a party issues protective proceedings hard up against the expiry of the limitation period, it is expected to pursue those proceedings promptly and effectively; and if it subsequently seeks and obtains orders extending time for the service of the Claim Form or Particulars of Claim without notice to the other party, it dices with procedural death.”

“45. … parties who issue late are obliged to act promptly and effectively and, in the absence of sound reasons (which will seldom if ever include a continuing failure to comply with pre-action protocol requirements) the proceedings should be served within four months or in accordance with any direction from the Court. A claimant who does not do so and (where the Protocol … applies) who does not obtain directions on notice does so at extreme peril.”

The rationale given by the judge for the separate requirement for an application to be made on notice for directions where the Protocol applies was twofold:

It is hard to see what difficulty there would be in applying on notice for directions when issuing proceedings where the Protocol has not been complied with, especially if as here, the parties have already been in correspondence with each other. That observation aside, the Court has provided a very clear ruling on how to proceed and the likely consequences of a party failing to comply with the correct procedure.