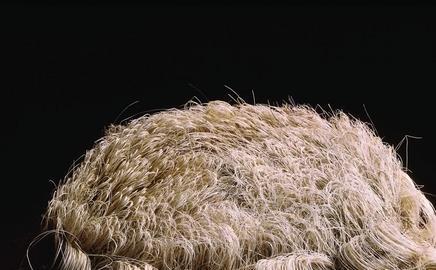 Contractors might come under pressure to start work under a letter of intent while the proper contracts are being drawn up. But anyone that does is taking a big risk

‘Letters of intent are used unthinkingly in the UK construction industry and … they can create many more problems than they solve,” said Judge Coulson in Cunningham vs Collett & Farmer last year.

He had a point. There is often commercial pressure to get started on a project, even though the contracts need more work. Sometimes a letter of intent is used to plug that gap, but they are risky.

Letters of intent take different forms, with critically different consequences. They can be:

cost-reimbursement, whereby the client undertakes to pay the cost of work done, or a contract, either simple or complex.

The exact words used are crucial to understanding the risk profile. It is not safe to make assumptions based on the tag “letter of intent”.

The contractor may start work on a letter of intent without completing its client due diligence or procuring payment security. However, what begins as low risk can change as work and turnover become more intense.

The letter of intent may be unclear in relation to payment. Is the contractor to be paid at cost, cost-plus or value? If payment is value-driven, how is that value to be assessed? An apparently simple mechanism may be a recipe for uncertainty and disputes.

It may not be clear what the contractor is to design and/or build. If the full contract has not been agreed, what is the definition of the works? What provision is made for instruction of variations?

Letters of intent usually afford the client poor control over the project programme and may not include liquidated damages. There may be no completion date, only an implied obligation to make reasonable progress. If the original scope of work changes while the contractor is building it, control and certainty will be diluted even further.

The marketability of the project might suffer, too. A letter of intent might not require contractor warranties for investors, tenants or funders.

Insurance arrangements may be unclear. The project may be left uninsured for events that a full contract would cover.

The contractor will have great problems arranging its supply chain if it cannot be certain of what it is to build, when, or how.

Is the fact that the contract documents have not been agreed when work is to start a signal that there is a real stumbling block to come?

Generally, a letter of intent will represent a greater risk to the party upstream than downstream. The longer it remains in place, though, the more difficult it will be for either party to withdraw. That weakens both parties’ negotiating positions.

The principal benefit of a full formal contract is certainty. Letters of intent are typically limited to a particular period, to certain works, or to a restricted budget. Certainty is undermined when the letter of intent expires: do the parties continue on the letter of intent as if its limitations had been waived? Or do they shift from the letter of intent into an entitlement to be paid a reasonable value for work done? Can the contractor legitimately cease work? If it does, can the client secure an alternative contractor, and at what premium?

By contrast, if the parties do not allow work to start until the full contract is agreed, that can be a powerful driver for negotiation.

There is a question that the parties should ask themselves, which is sometimes a difficult one: is the fact that the contract documents have not been agreed when work is to start a signal that there is a real stumbling block to come in the negotiation?

There are only limited circumstances in which a letter of intent is appropriate, as the Cunningham case demonstrated.

If a letter of intent is appropriate, the following risk-reduction measures are recommended:

Colin Fraser is a partner in law firm McGrigors